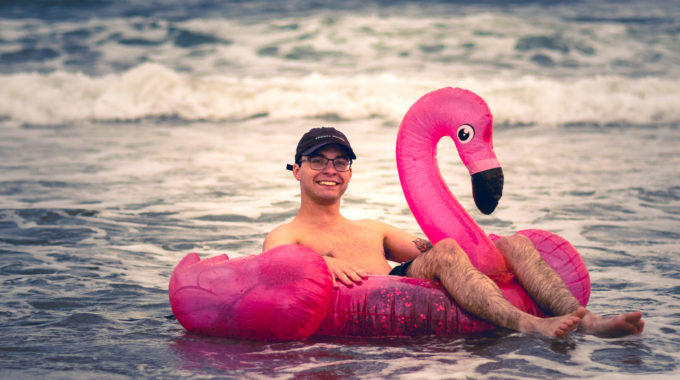 Jaxon “JAX” Booth is an artist, skateboarder and college dropout from Lunenburg Nova Scotia. JAX bends genre with catchy pop melodies, his punk demeanour, and pure hip-hop verses. He is known for his edgy and playful lyrics with introspective themes.

At age 15 JAX started putting out lofi basement mixtapes. In 2019 JAX found his sound with the help of his newfound collaborator and friend Atay. Together they released “Honey”, a nine-song album that featured the cult classic "Pellet Gun" and served as JAX’s solo debut. In February 2020 they debuted as a duo with their LP “Last Night” and quickly developed a reputation for their high energy live shows.

At age 21 JAX continues to explore his sound. His sophomore album “Shark Week” is a versatile LP that jumps from Pop-Punk anthems such as “Chair in the Shower” to deeply personal rap performances like “Bad Days”.