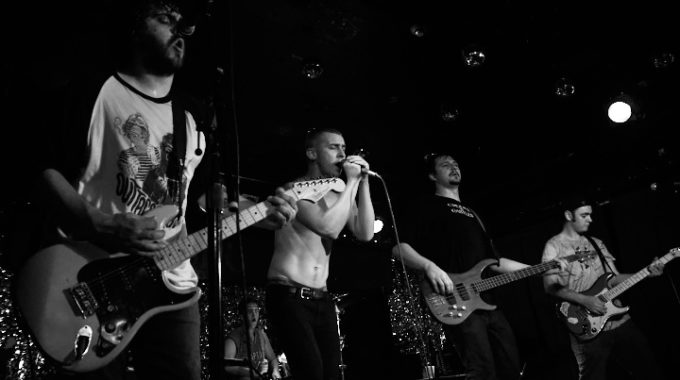 Spirit of the Wildfire

Spirit of the Wildfire assaults their listeners with a high energy, dynamic experience from an arsenal of unique styles and sounds. Combining a diverse array of influences from Ska to Hip Hop, with a hard hitting punk aggression, the group dubs their sound 'Funk Punk’.

Their recordings capture the chaotic intensity the group brings to live performances. Spirit of the Wildfire layers teeth grinding guitar melodies over seductive, rhythmic bass and intricate drums with murderous intent. Nosebleed provoking sounds will question whether one should dance or mosh.

Spirit of the Wildfire released their first album "Chuckin' Bricks" on April 20th 2016. The album was recorded, mixed and mastered by Jayson and Dan of the band at Echo Chamber Studio in Halifax. The band followed with a Eastern Canadian tour to promote the album bringing them through New Brunswick, Quebec and Ontario.

Spirit of the Wildfires second album "Paradisolation" was released on July 21st 2017. Produced by Terry Pulliam and engineered Kory Bayer. In February 2017 The band followed the release with a 15 date Eastern Canadian tour called the 'If we Make it Tour' bringing them through Nova Scotia, PEI, Quebec and Ontario from August 4th to August 27th. Paradisolation was nominated for both an East Coast Music Award and a Nova Scotia Music Award for Loud Recording of the Year.

Spirit of the Wildfire of the wildfire released their third album "Bittersweet Nothings" on November 22nd 2018, recorded and produced by Darren Van Niekerk at Sonic Temple Studio and Iron Tulip Audio. The band followed the release with a tour dubbed the "Rose Gold" tour bringing them from the east coast the central Canada playing 7 shows.