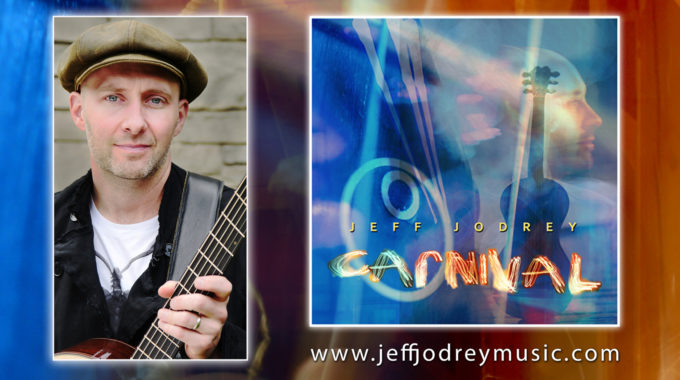 Halifax’s Jeff Jodrey is a masterful fingerstyle guitarist. His debut full-length release Carnival, a dizzying array of melody and eminence, was recently nominated for Traditional Instrumental Recording of the Year at the East Coast Music Awards 2016.

While Carnival features 2-time US National Fingerstyle Guitar winner Don Ross, who colours “Timmy the Cat” with soulful Dobro guitar, “Side By Side” is an auditory invitation to buy your ticket, step right up with “Breaking Through,” and be whisked away by “Kairos,” on the midway. Jodrey even tosses in a bag of cotton candy, and redefines Pearl Jam’s rock anthem, “Even Flow.”

From opening for Don Ross at The Carleton in Halifax, to returning to Wolfville to perform at the War Child Benefit, Jodrey has been featured on CBC’s Mainsteet, community radio, and has dedicated 30 years to fingerstyle guitar. Jeff Continues to perform regularly around Nova Scotia. Available Now at iTunes, Amazon.ca, Amazon.com, and Google Play!