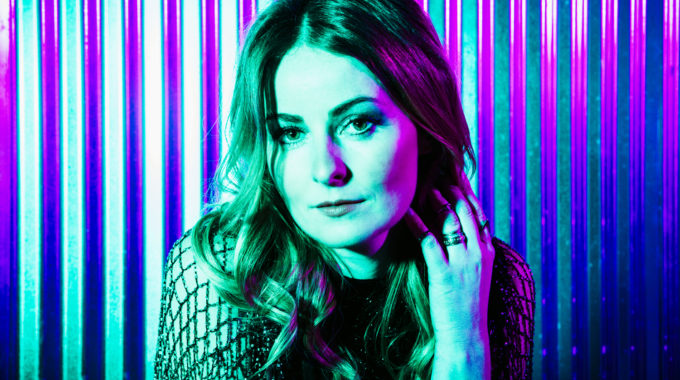 “This album feels like new territory for me. I went to deeper and darker places to find lyrics. I have always had a vivid dream life, but since I began writing this album they have become more intense, so a lot of the imagery and stories ended up coming from my dream world. This album feels epic and intimate to me, I can't wait to share with the world.” Jenn Grant

Jenn Grant expands to a galactic realm never before explored by the songwriter with Paradise. While Grant’s 2014 JUNO twice nominated (Songwriter & Contemporary Album of the Year) Compostela, focused on Jenn’s own personal experience of loss, this time Grant points the compass towards the epic and intimate and explores a new depth of sound.

“I wanted to explore new soundscapes,” Grant explains when describing how piano came to be the primary song-writing instrument. Grant created new shapes and colours with an array of new instrumentation and song collaboration with producer Daniel Ledwell. “I thought about my singing much more. I feel like I am a completely different artist from when I began performing. I don't feel like I really heard my own voice until recently.

Paradise feels personal and emotive, but it was born from a vantage point of watching as the world flexes amidst great joy and sorrow. Through her lyrics, Grant tells us of the world she watches from a distance, touching on global themes like love, growth, faith, longing, sex, death and reinvention.

With the International success of Compostela, Grant spent three years touring the world and playing to over 300 audiences, both festivals and in concert settings with sold out shows from London to Vancouver. Finally coming off the road, Grant retreated to the secluded studio by her home in Lake Echo, Nova Scotia. What emerged was Paradise- an album that sees a new dimension in Grant’s songwriting with new depths of sonic beauty and melodic landscapes, touching upon balladry, R&B and electronic music along the way.

Paradise’s songs reach out with world-weary awareness, that’s most evident on lead single “Galaxies,” a song that is the aural equivalent of star-gazing. “I pictured people standing at the edge of the earth, hands outstretched, asking, ‘What is bigger than us, than any of this?’” Grant says.

Jenn Grant’s voice and songwriting has been celebrated the world over by critics and industry alike. Described as one of the 'best singers in the world' by her ongoing collaborator, Buck 65 (CA), “captivating' by The Line Of Best Fit (UK), and “work of a painter born in paradise” by The Sydney Morning Herald (AU).