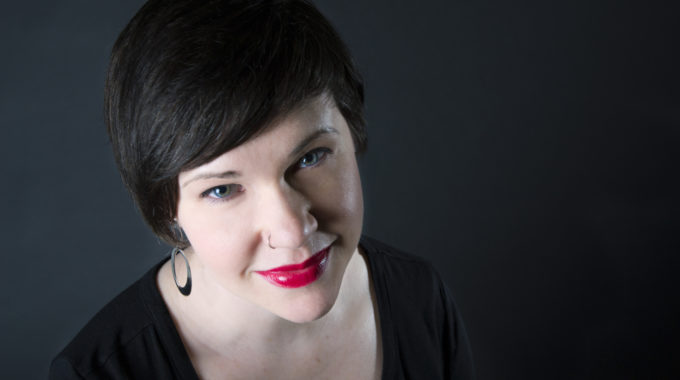 Jen Miller - Can't No One Bring Me Down
https://www.youtube.com/user/jenmariemiller
BUY MUSIC

MNS Country Album Of The Year Winner Jen Miller grew up in Nova Scotia but found her voice and her path in Vancouver, BC. Jen grew up in a very musical family. Her grandfather was a fiddle player, her Dad a singer/songwriter and multi instrumentalist along with both of her uncles. Her older brothers also played and sang. At the age of 14 Jen learned her first 3 chords and with them wrote her very first song. At the age of 19 she found herself opening for a local band at the Rebbeca Cohn in Halifax.

In her mid 20's something in the wind called her westward, so she sold off all her possessions, packed her bags, and left all but her guitar behind to head for Vancouver. After many years of soul searching, Jen discovered that music was what truly brought her happiness, and was no longer to be just a hobby. So, she started recording an album, and two years later released her debut record - "You and I" which can be found on Itunes and www.jenmiller.bandcamp.com

JEN MILLER is a name that you should get used to hearing around the Maritimes. This singer /songwriter and multi instrumentalist just returned to her home roots after spending many years on that other Coast. In Vancouver she recorded her debut Album "YOU And I". This album shows heart, emotion, and honesty, giving the listener an insight into this artists spiritual journey through life , love and a longing for home. This album is easy to get caught in your head requiring listening, time and time again.

In 2013 JEN hopped Via Rail and brought her music across the country to share with friends and family. This included a week long gig on the Marine Atlantic Ferry. She was so inspired by the East Coast Music scene and the quality and openness of the audiences she made the decision to dig her musical roots back into the soil they grew from.

Since being back Jen has had her tunes on east coast radio stations including Q104 and also had an interview and live performance on Dal's CKDU, Bridgetown's CKBW, Cal's Closet, FX 101.9 and Cape Breton's The Coast 89.7.
Jen also had the chance to sit down with Jimmie Inch and do an interview and performance on his east coast music show "Sessions", She has also been on CTV Morning Live several times this year.

JEN MILLERS presence is increasing on a weekly basis, as folks are rediscovering her music. You can find her hosting local open mics and playing venues around Halifax and surrounding cities. If you want to hear her up close and personal contact her for your next House or Kitchen Party.

JEN just released her second full length album co produced with Ross Billard on April 29th, 2015. This album was just nominated for Country Album Of The Year with Music Nova Scotia. On the album she features Luke Munroe on Fiddle, Bruce Dixon on Bass, Chelsea Amber and Ryan Willigar on back round vocals an many more great musicians!
You can find this album on iTunes, bandcamp and many more online outlets.