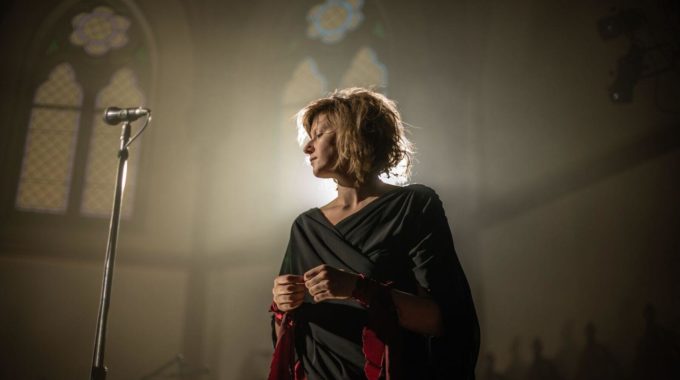 Jenni & The Hummingbird - Am I Odd?
https://www.youtube.com/watch?v=HLyIZ32w-eU
BUY MUSIC

We are surrounded by individuals who mimic behaviours without ever finding the rhythm of their own dance. When you embrace and express yourself, you get to experience true identity; the dark and the light. My music is my true identity.”-Jenni

Jenni & the Hummingbird is a vibrant light—shaped by the darkness. Surrendering to her music, she expresses from within it and uses her ethereal voice to chant poetic lyrics that dance through layers of simple melody. Her music hums with the earth and draws listeners into the sonic spaces she creates from above. Her sound launches itself from the summit of a mountain into the mists of the unknown below. Each phrase comes from nothing, swells into feeling, and dissipates back into the mist.

Jennifer Roberge of Jenni & the Hummingbird grew up in Stratford, Prince Edward Island, steps away from the ocean’s edge. She took ballet classes at the Island Dance Academy for nearly ten years, as her initial dream was to be a ballerina. At the dance studio, there was a live piano accompanist for majority of the classes. She was always practicing her dance at home, but of course, lacked a live accompanist in her home. However, she did find a little toy piano and an old audio tape recorder. Not knowing how to play the piano, she began going to her ballet classes with the intention of remembering the classical music from class. She would then come home and let the music flow from her mind and onto her piano. She worked meticulously to learn the songs by ear so that she could dance from within her own music. This meticulous work ethic is something that has stayed with her.

Since the release of the debut album, Your Masterpiece, in February 2018, Jenni’s music has received high acclaims from representatives of organizations such as CBS Television Network, CBC Radio 2 (Absolutely Atlantic), Entertainment One Music, Sony Interactive Entertainment, Exclaim!, The East Magazine, Nu Music Group, and many more. Her music and performance has been frequently labeled as “wondrous”, “enigmatic”, “breath-taking”, “out of this world”, and “inspiring”. The album has also received 6 nominations for the 2019 Music PEI Award including Album of the Year, New Artist of the Year, Pop Recording of the Year, Solo Recording of the Year, Song of the Year, and Video of the Year.