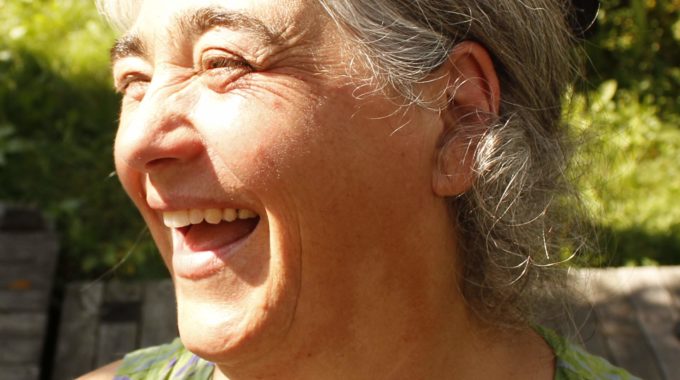 Jennyfer Brickenden divides her time and energy between vegetable gardening in Cape Breton, her interests in ecology and chief administrator of Scojen Music Productions. She is the creative confidante to the multi-dimensional and accomplished Canadian composer, Scott Macmillan, to whom she is married. Throughout her career Brickenden has sought creative opportunities for Macmillan, bringing them to reality thus enabling Scott to work with a vast array of musical talent from diverse cultural backgrounds.

In 1988 she co-created with Macmillan their acclaimed Choral Celtic Classical composition 'Celtic Mass for the Sea'. She was the librettist, researching and adapting the text drawing from ancient Celtic incantation and prayers that underlie environmental concerns as well as contributing to Scott's musical thematic direction.

Working behind the scenes Brickenden plays an integral part in the creative process, performance and recordings of Scott's compositions. Among them she is the producer/creative consultant on Scott Macmillan's composition, and double ECMA winning Classical recording of the Year and DVD of the Year; 'Within Sight of Shore', executive producing Ian Macmillan's documentary of the same name. She's the executive producer for Scott's Duo Guitar with Cape Breton Guitarist Brian Doyle and their multiple award nominated recording, 'Live Off the Floor' and the driving force behind his award winning/nominated recordings, 'Scott Macmillan Presents the Minnie Sessions Volumes 1, 2 & 3' and 'MacKinnon's Brook Suite' and the original recording of the 'Celtic Mass for the Sea'.

Scojen's involvement with the Acadian Communities began in the early 90's and has intensified between 2004 and 2010 in Cheticamp, Cape Breton with the co-creation between Paul Gallant and Scott Macmillan of Le Grand Cercle. This theatrical musical celebration of the history of the Acadians in Cheticamp acts a springboard to develop young talent. Continuing to win hearts Le Grand Cercle was recently nominated as 'Show of the Year' at the 8th annual Gala des Priz Èloize 2005. A cast recording of Le Grand Cercle was nominated for 2007 ECMA Francophone Recording of the Year. Brickenden in her work with Scojen Music was the contractor and administrator of this production.

In 2008 Jennyfer applied her skills to the development and promotion of Macmillan's involvement as Musician in Residence with the St. Cecilia Concert Series, including the World Premiere of Macmillan's NS Masterwork finalist composition 'Within Sight of Shore'. Working with Scott, Brickenden seeks out composing opportunities as well as keeping the various recording and music projects moving forward including his 12 piece little big band, Scott 'n the Rocks. This group premiered on April 25, 2005 to a sold out crowd. A creative expression for Macmillan the band is made up of Halifax's finest jazz musicians. Already a regular feature at the Atlantic Jazz Festival, the Rock's perform regularly bi-weekly through-out the winter and will be entering it's 5th season this November 2012 as a regular act at Stayner's Bar and Grill in Halifax. NS

Brickenden successfully completed co-consulting with Macmillan and the Nova Scotia Community College (NSCC) in 2005 for the development of a Music Program to be offered by the College. Macmillan and Brickenden were engaged with the NSCC in curriculum development for their new music program, which was launched in Sept. 2007.

Through the years Jennyfer has sat on cultural boards. A founding director to the Atlantic JazzEast Festival, she was a director of Music NS, then MIANS in its pivotal years and other organizations such as The Halifax Camerata Singers and Cape Breton West Wind.