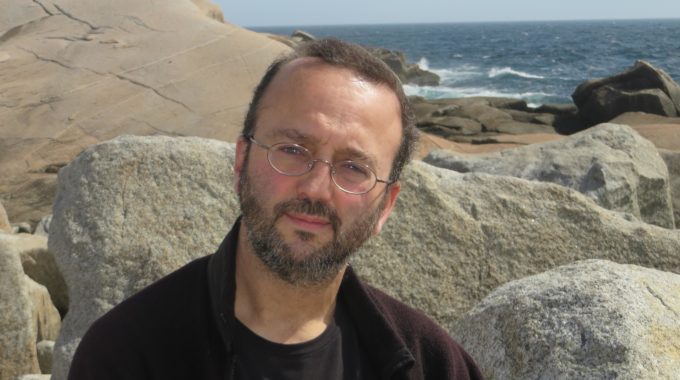 After completing a Bachelor’s degree in Music Theory at McGill University, Jérôme Blais obtained in 1995 a Master's degree in Compositional Techniques at the University of Montreal, where he completed his doctoral studies with Michel Longtin and Reno De Stefano in 2004. His research dealt with the integration of improvisation into the compositional process.

Upcoming and recent prestigious performances of his works include Mouvance by soprano Suzie Leblance in Halifax in the fall of 2015. Also, Es ist genug! has been performed by Canadian pianist Ang Li over the last few years at several locations in Canada, in the United States, including at Carnegie Hall in New York City, as well as in Asia. And an excerpt of his song cycle Songs for Milena (dedicated to the memory of Czech journalist Milena Jesensnká) was performed by Janice Jackson and Yannick Nézet-Séguin’s Orchestre Métropolitain de Montréal, conducted by Airat Ichmouratov. The complete song cycle was premiered by Janice Jackson and Symphony Nova Scotia conducted by Bernhard Gueller in January 2015.

He has been invited as featured composer by festivals such as Newfound Music in St. John's, Newfoundland, Shattering the Silence in Wolfville, Nova Scotia and Ok.Quoi?! in Sackville, New Brunswick. He also performs as a pianist and improviser, notably with saxophonist Jean-Marc Bouchard.

Jérôme Blais’ main current research and creative project is a major song cycle based around the work of Canadian anthropologist and folklorist Marius Barbeau (1883-1969). The work, entitled Le Tombeau de Barbeau, will consist in a full-length multi-media concert and will be premiered in January 2016 by Janice Jackson and some of Halifax’s finest musicians, including Norm Adams, D’Arcy Gray, Lukas Pearse and Sue Sayle.

Blais is also an active music researcher and regularly presents the results of his research in conferences. In January 2016 he will present a conference paper as part of a colloquium on the work of composer John Rea at McGill University in Montreal. In 2010, he was invited as a keynote speaker by the Canadian University Music Society, for its annual conference in Regina, Saskatchewan. His presentation for this event was published by the Society’s journal Intersections. In 2011 he participated in the Journée d’étude en improvisation at University of Montreal. In 2008, he contributed a chapter on Canadian composer John Rea in the book Compositional Crossroads: Music, McGill, Montreal, published at McGill-Queens University Press. His work on musical notation is the subject of a paper in Composer au XXIe siècle: Pratiques, philosophies, langages et analyses (Paris, Vrin, 2011).

His work (Un)Forgotten Voices, which is part of Le Tombeau de Barbeau, is included on the CD Live Wired, which was recently released by the Acadia New Music Society. The work has been nominated for the 2015 Prix Collégien de Musique Contemporaine, administered by the Quebec office of the Canadian Music Centre. His works Mouvance, based on a text by Acadian poet Gérald Leblanc, and Rafales, for solo oboe, were nominated for ECMA’s Best Classical Composition of the Year in 2013 and 2014. Mouvance is included on the 2013 East Coast Music Association (ECMA) Award winning Best Classical Recording Between the Shore and the Ships.