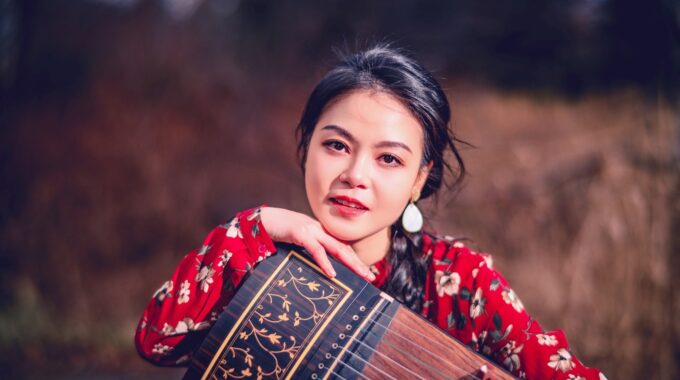 Jing Xia is a professional guzheng artist, teacher, and scholar based in Newfoundland, Canada. Born and raised in Hunan, China, Xia started to study the guzheng at six years old and has degrees in music performance (B.A.), arts management (M.A.), and ethnomusicology (Ph.D.). Xia’s music has no boundaries. As a young performer of all styles, her musical journey on the guzheng has encompassed Chinese traditional and folk music to intercultural ensembles, improvisational music, and beyond. Her guzheng CD “The Numinous Journey” (2022) shows her diverse musical pathways and presents the guzheng in a wide range of musical genres. Xia has played with various musicians and musical groups, including renowned guzheng artist Mei Han, Newfoundland trad-rock band Shanneyganock, and Vancouver Intercultural Orchestra. In 2018, she performed the world premiere of “The Congruent Place” in collaboration with the Regina-based composer Clinton Ackerman at the St. John’s Sound Symposium XIX. Xia has been active in the musical scenes in North America and performed in diverse musical events, including Newfoundland Folk Festival, Nashville Chinese New Year Festival, and Vancouver International Jazz Festival. Moving her tradition into the future, Xia funded the Light Wind Ensemble, the first Chinese ensemble in Newfoundland, and XIA-3, a fusion intercultural band, with a repertoire ranging from Chinese classics to free improv and post-rock music. Believing in the power of education, Xia has been teaching music for more than a decade and is dedicated to bringing informative workshops and educational performances to multicultural communities.