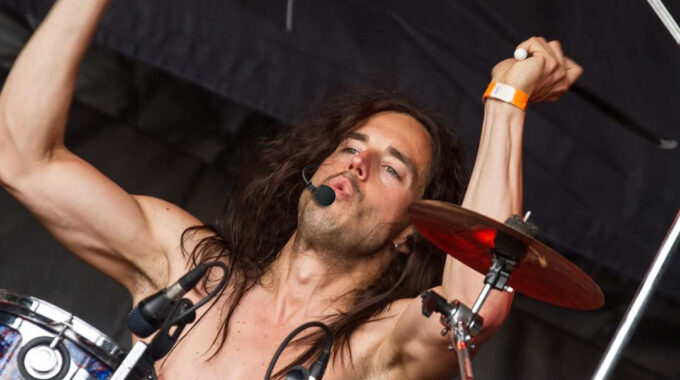 JJ Tartaglia - All or Nothing

Since 2019, drummer JJ Tartaglia (born/raised in Cape Breton, NS) had felt a calling, one which grew stronger each day. Being a member of several prominent metal bands over the last decade (including Skull Fist) and having essentially served as a disciple of heavy metal for many years, the time had come to take his quest even further. A new course was being charted for his musical mission. He would share a vision, a feeling… a message he could deliver only with his own voice. Fueled by his passion for adventure, JJ began to work on drum arrangements and piano pieces that would become the skeletons of the Thunderor songs. In 2020, with the addition of long-time band mate Jonny Nesta on guitars, combined with JJ also composing on keys and vocals, song-writing began in full force and quickly yielded an album’s worth of material. Thunderous drums, lightning hot guitar licks, dreamy synths and piercing vocals would form the musical storm that is THUNDEROR.