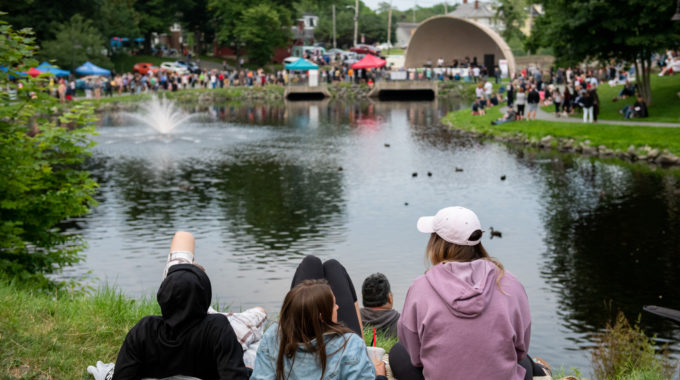 Makin’ Waves presented by Sydney Credit Union is an annual concert series held at the historic Wentworth Park bandshell in Sydney, Nova Scotia. For five Thursdays following Canada Day, the park comes alive with the sights and sounds of people coming together to embrace music on this hallowed ground.

Makin’ Waves performances are free to attend, and are curated to provide diverse aspects of musical performance. We work to provide a platform that influences the public to respect and appreciate the value artistic experiences bring to the community and their lives, and for them to demand better from local venues who present live music in the region.

Sydney Credit Union Makin’ Waves Music Festival acknowledges that the festival takes place in Mi’kma’ki, the ancestral and unceded territory of the Mi’kmaq People. We pay respect to the people who have worked on this land since time immemorial.