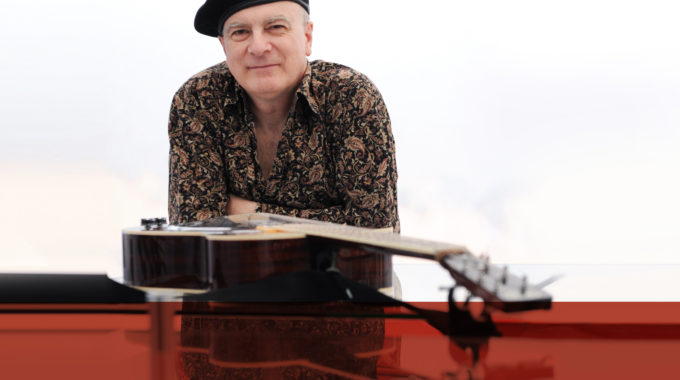 During his career John has been featured on recordings and live shows that include names like Sting, Joni Mitchell, Emmy Lou Harris, Leonard Cohen, Joe Ely, Willie Nelson, Robben Ford & Alvin Lee (Ten Years After) as well as TV productions by Sony Music Entertainment. Rich vocals and distinctive prowess on the slide guitar has made him a favourite at music festivals in eastern Canada & Europe.

John is both thrilled and humbled to be added to the Jim Dunlop Artist page along side such greats as ZZ Top, Buddy Guy, Eddie Van Halen, Mick Taylor of The Rolling Stones & Ricky Skaggs, just to name a few. Jim Dunlop Guitar Products is the world’s largest distributor and manufacturer of guitar products and accessories.

John’s sophisticated and progressive approach to song writing gives him a distinctive edge, mixing rock, blues, reggae, celtic & country into his signature style. The result is a sound that can pummel the audience into submission one moment, while captivating them with its subtlety the next.

John Campbelljohn is endorsed by Jim Dunlop and Wyres Strings.

"Fans of guitar-gods-in-the-making might want to check it out!" - Blues Revue, USA

“Clearly you can teach a dog new tricks, as Chin Up reveals a rejuvenated singer / songwriter capitalize on his sizeable skills with a fresh commitment to his craft” - Penguin Eggs

“As with the best bluesmen, Campbelljohn gets better as he gets older, inhabiting and understanding the blues, the trials that must be faced through life.” - CBC’s Bob Mersereau

“A wonderful musician, Campbelljohn is a master of everything from slide and pedal steel to cigar box guitar.” - Cape Breton Post