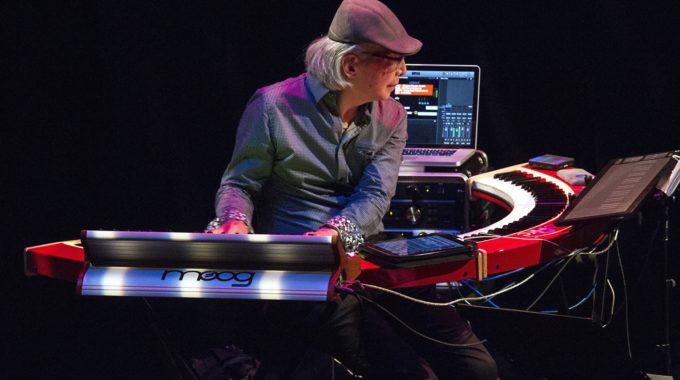 His talents are Versatile with a capital V. He is respected in all the extended categories of musician, song writer, producer, musical director, arranger and recording engineer. Equally versatile in all musical styles from jazz to world folk songs to rock and R&B. He has become the first choice accompanist of many great singer songwriters and acclaimed to be of the very top Canadian piano-keyboardists and continues to work with artists from all parts of the world.

Always looking to develop new thoughts and creations, he has collaborated with visual artist Lorraine Pritchard in creating musical songs based on her paintings on his solo CD “Au Diapason” and her artwork is on the cover of his solo CD “The Master’s Travels.” Recent concerts with his Afrikan Jazz Ensemble performed world jazz featuring African dancer ‘Saba‘ and contemporary dancer “Andrea Nann.”

He continues to record and perform as the ultimately versatile player of any musical genre playing instruments from grand piano to synthesizer technology to Iphone and Ipad, he is equally at ease from the acoustic to the electric music world.