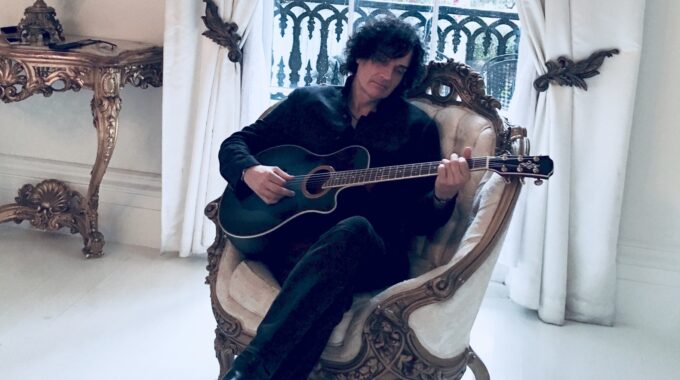 Jon Mullane is an award-winning Canadian singer/songwriter/performer who has gained international acclaim and success with his music. He's had several top 40, Billboard-charting radio singles in Canada, and his song, My New American Girl, hit #32 on the Hot AC Billboard Chart in the US. His songs have been featured on numerous television shows, commercials and sporting events, including his hit single, Make You Move, on NBC promoting the Beijing Olympics. Jon is a dynamic performer, whose songs instantly connect with audiences in any concert setting, large and small, and his list of concert and television appearances throughout North America is extensive, including performing at such legendary and iconic venues as The Viper Room and House of Blues in Hollywood, CA, 12th & Porter in Nashville, TN, and the Gibson & Marriott stages at NAMM in Anaheim, CA in 2018. Recent performances include the Shag Harbour 50th Anniversary UFO Festival in Nova Scotia, Canada, and at the Canadian Consulate in Dallas, TX for their Canada 150 Celebration. His touring band consists of guitar, bass, keys, and drums. Jon also tours as an acoustic duo with his partner, singer-songwriter Suzie Jagger-Richards. His single and music video, Born Beautiful, originally from his album SHINE and also available on his current album Singles, has gained extensive exposure and recognition since its release. In addition to the song receiving commercial radio airplay and international charting, Jon has formed partnerships through the music video with several mental health organizations, including The Campaign to Change Direction, the Canadian Mental Health Association, and the National Alliance on Mental Illness, to help raise awareness and change the culture of mental health. The video for Born Beautiful is the winner of the 2016 LA Music Critics Award for Best Video (Official) Male, the 2016 Hollywood Music in Media Award (HMMA) for Best Independent Music Video, the 2016 International Music and Entertainment Award (IMEA) for Music Video of the Year, and best Male Solo Video at the 2017 Music California Video Awards.

Jon Mullane is the subject of a music documentary, "Jon Mullane - Shine On" by John Rosborough of RPM Productions in Halifax, Nova Scotia, Canada, which documents Jon's musical career as well as his personal struggles and triumphs. The documentary recently won Best Video - Long Form at the IMA’s in NYC at Lincoln Center and was chosen as an Official Selection in the 2018 Great Lakes International Film Festival.

As his inspiring story continues to unfold, Jon Mullane defines what an artist is… embracing an unbridled passion for and dedication to his music, combined with an authenticity that connects him with his fans.