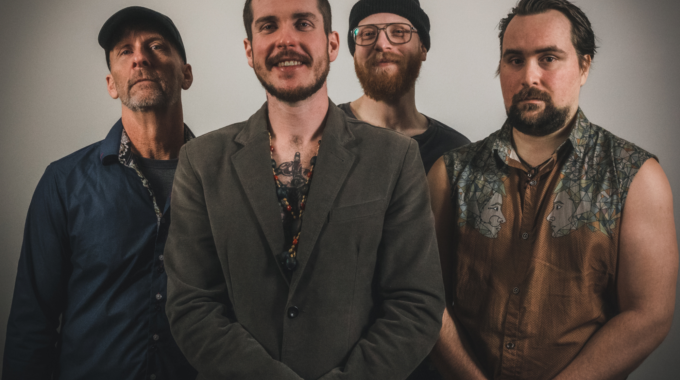 Before The Dinosaurs are an eclectic 4 piece rock outfit from Moncton NB who effortlessly shift between genres, tempos, and time signatures, and have no regard for following any kind of rules - musical or otherwise.

The term ROCK is used loosely as a starting point, but if I had to draw comparisons at gunpoint, I would query elements of Cake - meets Death Cab - meets RHCP - meets Blind Melon. A sort of nouveau-hippie-funk-grunge-tour-de-force that neither asks for, nor offers any apologies for existing.

Imagine the chromatic writing of metal presented in an Age Of Aquarius vibe and you might be on the right track.

That said, the band’s recently released “Cure For A Heartache” certainly doesn’t fit that description, nor does it make any more sense - but in the most charming way possible. While their first single is still garnering CBC love from host Grant Lawrence, and enjoying features at major commercial radio stations, their 2nd sounds like late 50’s Nashville invited itself out to dinner and didn’t pick up the check. It doesn’t make a ton of sense, and it’s what will ultimately drive people to love the band once the novelty of the lead single wears off.