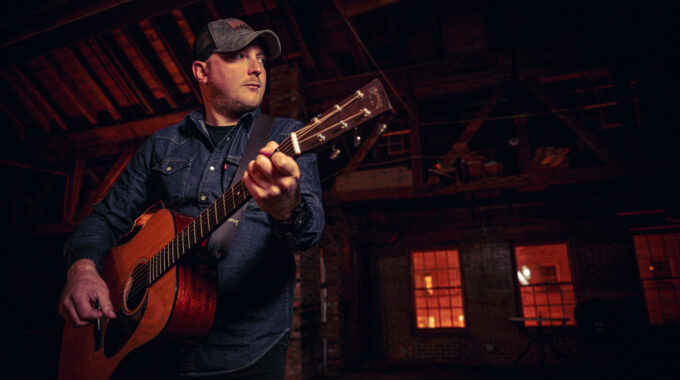 Since launching his career in early 2020, Newfoundland’s Justin Fancy has quickly become one to watch on the Canadian Country Music scene.

His debut album “Sure Beats a Good Time” became the catalyst for Justin winning Music Newfoundland’s 2020 Country Artist of the Year and Rising Star of the Year, and a 2022 East Coast Music Award for Fan’s Choice Entertainer of the Year.

His single “Makes Me Wanna” was chosen as Rogers One To Watch in June 2021, and subsequently became a Top 50 Billboard Canadian Radio Hit, peaking at #42, as well as reaching #1 on Sirius XM Canada’s CBC Country Chart.

In October 2021, Justin became the first-ever Canadian Country Artist to be invited by The Recording Academy to perform as part of their Press Play At Home concert series on Grammy.com, performing his single “Beauty Queen”.

Shortly after releasing “Better Than You”, a single from his forthcoming EP, Justin captured the #1 position on Sirius XM Canada’s CBC Country Chart for the second time in less than a year and stayed in the top 5 most played songs on that channel for over 6 months. His latest single "Laid Back Kinda Night" has garnered over 200,000 streams on streaming platforms just a month into it's release.

Justin has received substantial support from Spotify, Apple Music, and Amazon Music, through key editorial playlist adds, including being featured on the cover of Amazon Music’s “Breakthrough Country” playlist. To date, he has accumulated over 1 MILLION streams across major streaming platforms.