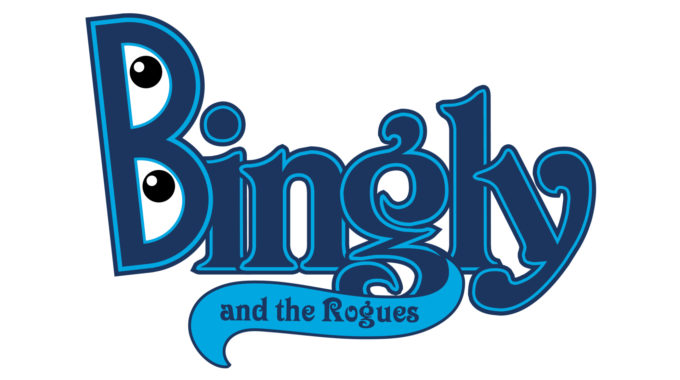 Bingly and The Rogues

Bingly and The Rogues are a group of musicians and friends from Antigonish Nova Scotia who came together to create fun and funny music for kids. They are an eclectic group of musicians consisting of professional actors/singers (Laura), award-winning family musicians (Jeremy), acclaimed jazz musicians/professors (Jake, Paul), school teachers with serious singing chops (Jenn), lyrical wizards/professors (Ranke), young geniuses with amazing voices (Sadie), brilliant designers (Ashley), and talented vocalists (Natasha, Glenda). Also, half a dozen actual kids (ages 4 to 12) that sing on a few recent recordings! Overseeing the group and leading the production of their debut album is writer/actor/science guy Justin. Many of the members of Bingly and The Rogues have kids of their own, and wanted to create an album of songs that their families would want to sing (and laugh) along to together!

Bingly and The Rogues' debut album - Critical Hit - was released in July of 2019. It's available on Bandcamp, Apple Music, SpotifyYouTube, and wherever else you find your favorite music online. The group was nominated for Children's Artist of the Year by Music Nova Scotia in 2019.