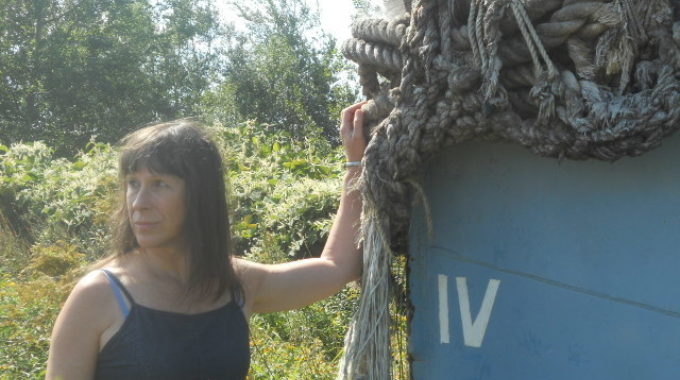 Karen Robinson writes and delivers music to be remembered whether it is a house concert for twenty people or a show for thousands.  Karen’s life-long passion for roots music and jazz flow together so that listeners compare her to Joni Mitchell, Peggy Lee, and Billie Holiday, but she and her original songs remain unique.

Her album of original music, Karen Robinson With, received a Jazz Album of the Year nomination from Music Nova Scotia, and was Chronicle Herald Arts Reporter Stephen Cooke’s Pick of the Week:

“Karen Robinson With is like a love letter to the Maritime jazz scene … The range of expression is vast, the songs are rich and complex, and Robinson is direct and always present in the moment.” (Stephen Cooke, Arts reporter, Chronicle Herald, NS)

“Karen has a great voice, an expressive voice. She feels the lyrics, and is an amazing writer too. Karen is one of the most intrinsically musical people I have ever worked with.” (Janice Isabel Jackson – Soprano, Contemporary Music Specialist, Producer, Vocal Instructor, Halifax)

“Karen's music is unique and the lyrics thought-provoking. There is laughter and there are tears. Compare her vocal delivery to Billie Holiday…very real and moving. Karen is the real deal.”  (Mike Cowie, Musician, Producer, Halifax)