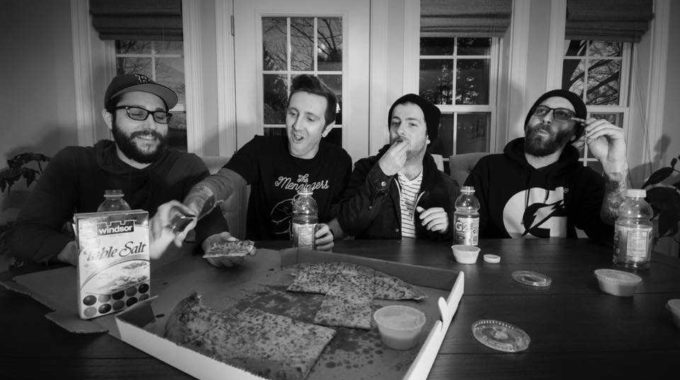 Fredericton has become an integral melting pot for east coast music, and CHIPS are no exception to this. CHIPS includes four members from different areas of the province with musical backgrounds and experiences from vastly different genres. Adam, Devon, Lance, and Luke pledge to indulge nostalgia while creating music that is honest and reflective of their passions. The music will make you want to mosh, dance, sing, scream, and maybe even get a little emotional.

CHIPS had a productive 2016. Firstly, the boys kicked off the year with the release of their debut EP “Dingers” which garnered positive feedback and encouraging reviews. The EP has been credited with, “energetic riffs, punky harmonized vocals, and catchy hooks” (The East Magazine). “Dingers” was also recognized by the Daily Gleaner on their Top 10 Releases of 2016, as well as on the year end lists for Grid City magazine and CHSR.

In September 2016, CHIPS were fortunate enough to be involved with the Fredericton Harvest Jazz and Blues Festival. CHIPS won the Stingray Rising Star competition.

CHIPS has been hitting the stage steady throughout 2016/2017, and played as direct support for Northcote, Like a Motorcycle, and Dead Broke. They are currently writing a full length record and playing as many shows as possible in the meantime, looking forward to opening for Dine Alone Records New Swears in summer of 2017.