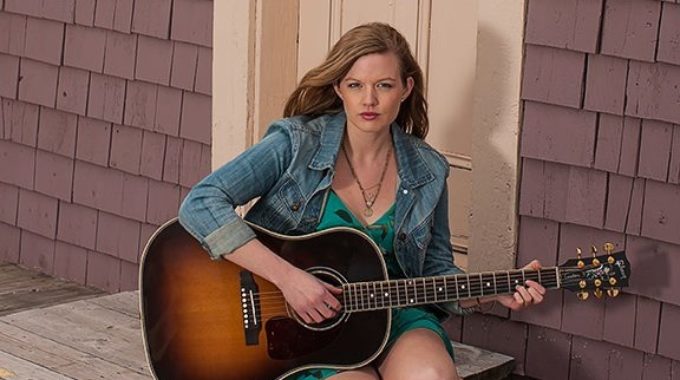 'Katie McGarry possesses the one thing that anyone in her position needs; she has a voice that drips out of the speakers like warm sweet honey. She has the kind of voice that could come out of a radio anytime in the past sixty years; it is not out of time, just timeless." - Americana UK

Prince Edward Island singer/songwriter, Katie McGarry, has a country/Americana feel to her music and a smooth vocal to wash it down. Her new album, Waiting On, was released in March 2014. It pairs her sweet vocal sound with melodious country licks and contemplative lyrics.

Her first album, My Side Of Town, was nominated for two Music PEI awards. She is the 2011 Music PEI recipient of the Lynn Grishko Bursary. It is awarded annually to a deserving up and coming female singer/songwriter from PEI.

“Katie has the ability to take situations out of her daily life and turn them into amazing songs, that anyone can relate to and enjoy. This would be a strong point for Katie and her songwriting ability, which makes you really like her and her music. Her set was filled with heartfelt “real” song.”

“Katie is a great songwriter who is pitch perfect all the time. She is a rare talent that has a sweet personality which shines through on stage. Her songs are mature and relatable, which is why you will see all ages of people come out to see her perform. If you have not had the privilege of checking Katie out, make sure you stop into her next show, you will not be disappointed.”