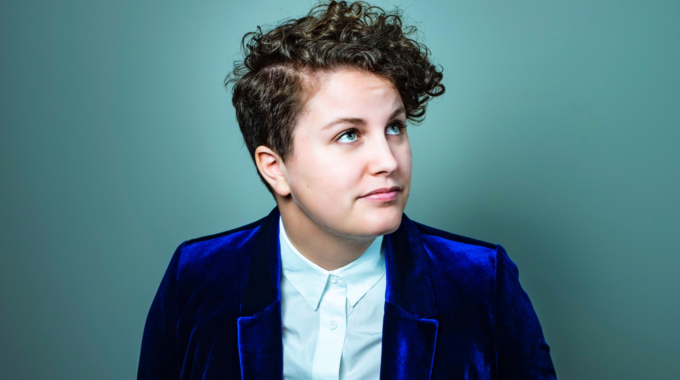 Kellie Loder is a Juno Award Nominated singer and songwriter from Newfoundland & Labrador, Canada, and no stranger to the NL music scene. She is being quickly recognized as one of the country’s artists to watch for. A reporter for The Telegram called Loder’s voice “powerful yet serene and soulful”.

In her early career, Christian music was her genre of focus, but recently Kellie has transitioned into the folk/pop realm. Kellie opened for Northern Ireland’s song writing sensation, Paul Brady, at the Holy Heart Theatre in November 2015. Loder can also be seen sharing stages with artists such as The Fortunate Ones, Sherman Downey, Alan Doyle, Ria Mae, and Repartee.

She was a featured/showcasing artist at both this past year’s ECMA and MUSIC NL Award weeks, and was named a top ten finalist (#1 in her province) in the 2015 National CBC Searchlight Competition. Following this, Kellie was given the opportunity through Bell Media/Music NL artist selection to write with and be mentored by award-winning songwriter and producer Justin Gray (98 Degrees, John Legend, Nicki Minaj, Jennifer Hudson, Mariah Carey, Joss Stone, Hillary Duff, Amy Winehouse and more), who is now producing her upcoming record.

Kellie’s songs have been played regularly on both Christian and mainstream radio stations, both locally and across the country and were selected for multiple song countdowns, reaching a high of #2 on Christian radio. With two albums, “The Way” in 2009 and “Imperfections & Directions” in 2010 in Loder’s back pocket, she holds a great track record and her fans have been receptive to her change in direction. Loder declares. “The things that have changed and continue to change are my life and the world around me, and therefore a change in my music will be reflected and heard, because whatever my life is, my music is”.

Currently, Kellie’s focus is on creating a record to showcase the artist she has become and continue to build her fan base inside and outside of the province. She plans to accomplish this by collaborating with both producers Justin Gray of Los Angeles, CA and Ian Foster of St. John’s, NL. Loder resides in St. John’s and has received artist grants from both MUSIC NL and The City of St. John’s to help fund her vision. After the album is released, she will embark on an East Coast Canadian Tour to start in June 2017.