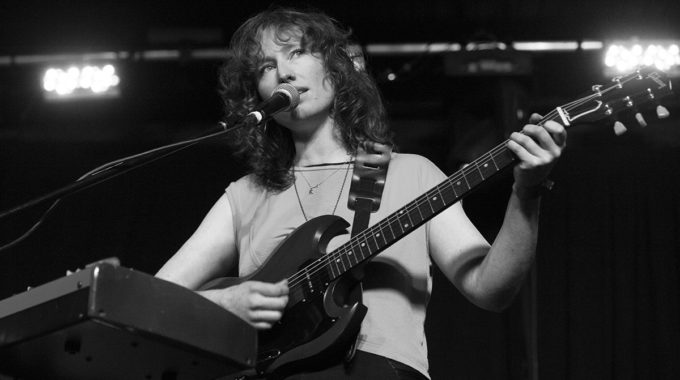 Kelly McMichael (from Peterborough ON, based in St. John’s NL), is known for her commanding stage presence, striking voice and compelling songwriting. She has a fierce and versatile ability for musical expression as a muti-instrumentalist and vocal chameleon. Kelly has been touring and performing for over a decade with various other projects, most recently keys and vocals with Sarah Harmer, and has enjoyed being able to focus on her own music as of late. Kelly's debut LP 'Waves' dropped May 20, 2021 featuring co-producer/drummer Jake Nicoll (The Burning Hell), Sarah Harris (Property) and Maria Peddle. The album displays mature production and songwriting through a broad range of rock / pop sounds with playful melodies and dreamy textures touching on retro psychedelia. These dense arrangements combined with emotive lyrical content provide a motivating experience to both listen to and see live.