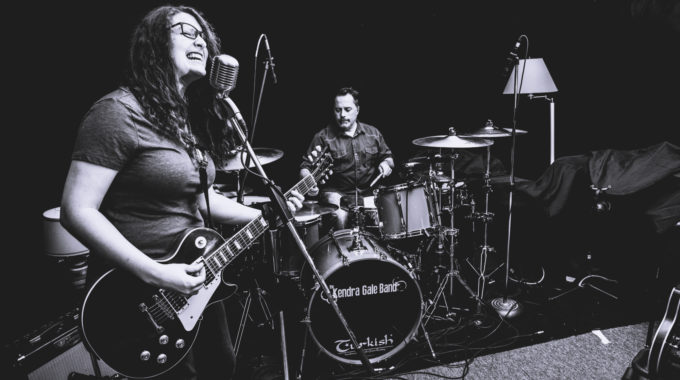 click here for the recording video of 'All You Do' 2016

The Kendra Gale Band, based out of Southern New Brunswick, have been kicking and screaming their way around the Atlantic Provinces, Quebec and Ontario playing house concerts, night clubs, showcases and festival stages for the last 4 years. This dynamic and diverse Blues/Rock duo packs a punch! Kendra Gale’s full and powerful vocals and riffy guitar style is driven by Warren Beatteay’s hard hitting, groove based drums that combine to project a full sound while playing their own style of Rockin’ music. It’s a sound that’s gained them no shortage of fans and accolades across the province and country, including two nominations for ECMA Blues Album of the Year, and a CBC Galaxie Rising Star Award at the Harvest Jazz and Blues Festival.