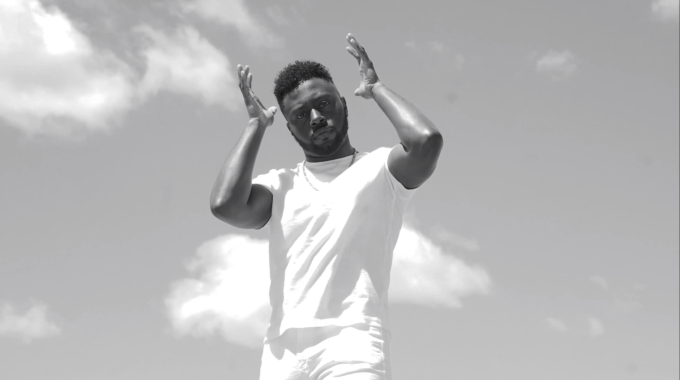 Multi-award winning R&B powerhouse Keonté Beals might only be 23 years old, but he still controls the pulse of an entire crowd from the moment he takes the stage. With a live energy that’s been compared to Anthony Hamilton and Michael Jackson, Beals’s resume boasts industry nods including winning the African Nova Scotian Music Association’s Artist of the Year 2020 and Music Nova Scotia’s African Nova Scotian Artist of the Year 2019—not to mention multiple East Coast Music Award nominations. To put it plainly, the North Preston, Nova Scotia-based singer, songwriter and performer is a force to be felt—and the entire east coast of Canada knows it.

North Preston has a historic lineage of growing the biggest voices in Nova Scotia through its strong gospel scene and church community. Beals keeps this tradition going with his own powerhouse pipes, which first wowed crowds when, at 16, he gave his solo debut at his home church. Pivoting into an early 2000s-influenced R&B sound as he began to create his own music, Beals’s colorful body of work highlights the range of his talent and musicality. He has a voice that breaks generational boundaries, backed by a sonic palette that draws easy comparison to the work of Usher, Anthony Hamilton and Elijah Blake.

Beals “is a beautiful singer with key skills to match, and he’s only just out of his teens” (The Coast) and “everything he does revolves around music” (Halifax Magazine). His upcoming debut album (due summer 2020) and its lead single—the mental health anthem “KING”, which shreds toxic masculinity over a red-hot beat—prove it.

Discussing the album, Beals says: “‘King’ embodies my experience of being a young, successful black man in today's society: Having to be solid and strong, despite the pressures of society. Toxic masculinity that is more of a brand rather than a character trait. ‘King’ doesn’t describe myself as being king of everything, but rather using the term as a figure of speech to symbolize the rock of a crumbling empire—the rock being myself and the empire being mental health, stigma, police brutality, showing emotion and expressing love, etc. Black men are pushed into a box and anything outside of that box is side-eyed and unacceptable. ‘King’ is a musical war cry directly targeting the barriers of toxic masculinity and stigma to get to the core. Starting the conversation and reinforcing what being a King means, starting with vulnerability."

Watch the video for “KING” here.