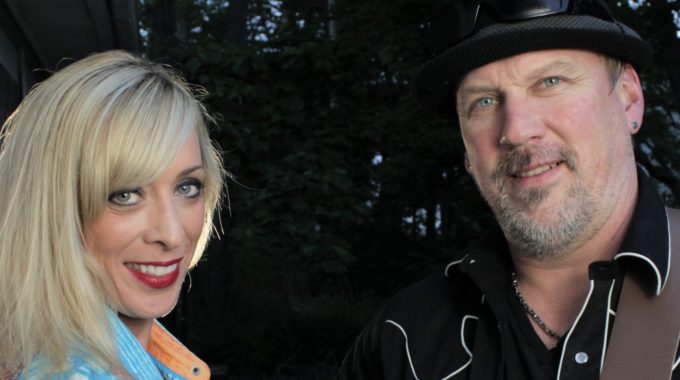 Rockn'Roll Cowgirl is a dynamic musical duo based out of Rothesay, New Brunswick which consists of members Scott McRae and Kerry Underhill. They made their debut in May of 2016 and have performed in over 50 plus shows including 99.3 FM The River's Summer Deck Series, Festival 506 in Miramichi, and at various local pubs, cafes and community events. Scott and Kerry enjoy collaborating on original songs, usually on a snow day or while cooking bacon in the kitchen. They recently had the opportunity to work with a Nashville songwriter Rick Tiger. They did a tour of New Brunswick with him, as well as creating a co-written tune which has been recorded. With Kerry being the "Cowgirl" and Scott being the "Rockn'Roll", they entertain audiences with their variety of music! They hope to see y'all soon!