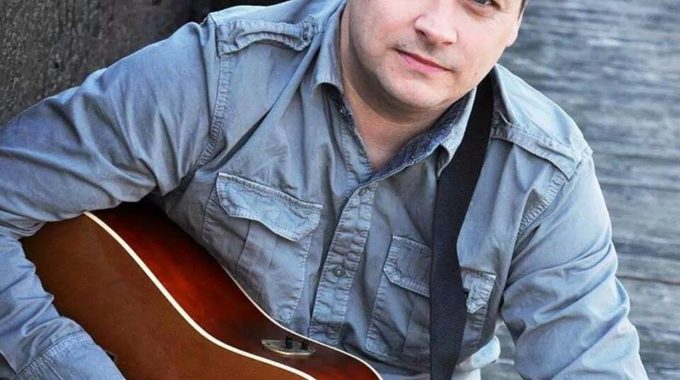 Jumping into the music scene with both cowboy-booted feet in 2009, Kevin found himself in Nashville within a year in recording sessions with some of the best musicians in North America. With a career as a Paramedic in his small hometown of Kentville, NS, Kevin has dedicated his life to helping others while always carrying a tremendous passion for music. Life’s journey has brought Kevin to a place in time where music is taking a front seat.

Having released his debut album "Just The Beginning" in November 2009 with his first single "Bring it Here to Me" hitting the airwaves on radio stations across the country in regular rotation, it was no surprise when his second single hit #82 on the media base charts. With the initial success of Kevin's first album being recognized by the country music industry Kevin was invited and honored to kick off his live performance career opening for country music legends "Little Texas". The same year saw Kevin taking the stage with Jason Blaine, Chrystal Shewanda, Doc Walker, Gord Bamford and Paul Brandt at the first annual Ridgefest in Nova Scotia’s beautiful Annapolis Valley.

Headlining at the Fredericton Playhouse

Performing the national anthem at The Brier; garnering him national attention with his rendition of “O Canada”, throughout the week with a live audience of 10,000 each time.

An East Coast Music Association Award (ECMA) nomination for “Country Recording of the Year” in 2011. This was Kevin's first ECMA award nomination.

Kevin was “Indie Rows Artist of the Month” through Sounds Canadian.

Since the release of "Encore" in June, Kevin Davison has been making headlines! Nominated for Music Nova Scotia's Country Recording of the Year, Kevin's schedule started to fill up. Soon after, Kevin launched his charity organization, Kevin Davison H.E.L.P.S. (Helping Everyone Love Perfect Strangers), a charity designed to help communities join together via music and other means of raising money to help local charities and families in need.

As if that wasn't excitement enough, Kevin was chosen to be Nova Scotia's Artist Representative for CCMA Halifax 2015 by the CCMA Halifax Hosting Committee and Music Nova Scotia. With a busy trip planned for Edmonton's CCMA 2014 with interviews, showcases and hanging out with Hailfax's Mayor, Kevin gained the local news' attention and was featured on Live at 5 just before his trip! Top it off with Music Nova Scotia announcing his showcase performance at NSMW in November in Truro, 2014 is rounding out to be an amazing year at the Kevin Davison camp!