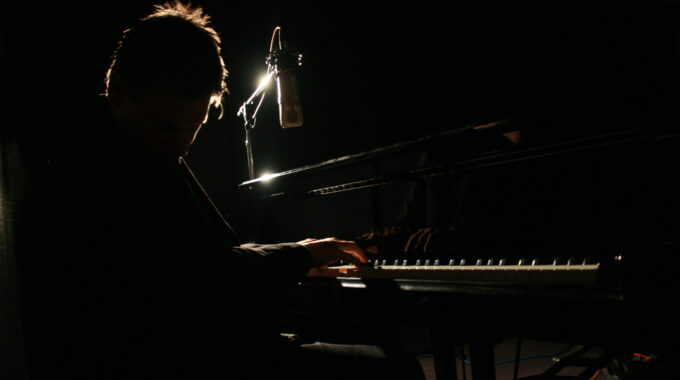 Born and raised in North Sydney, Cape Breton, and living just outside of Halifax, Nova Scotia, and recipient of a Nova Scotia Music Award this past November, Kim Dunn has been working on a successful music career for over thirty years now, with a brief four year reprieve studying Jazz at ST. FX. In addition to producing, musical directing and arranging credits, Kim has worked with the who’s who of East coast artists including, Rita MacNeil, Bruce Guthro, Matt Anderson, Jimmy Rankin, Laura Smith, Heather Rankin, Lennie Gallant, David Myles, Dave Gunning, George Canyon, Matt Minglewood, and many others. In 2003 Kim was the recipient of the first ever Musician Special Achievement East Coast Music Award, given not on the basis of votes but rather a selective process on the part of the Industry - an honour indeed to have been chosen in the year of the awards inception. After playing on countless cd’s of other artists, Kim decided to bring his own songwriting, and singing to the foreground in 2010 with the release of his first solo recording project, ‘Take This Hammer’ and again in the spring of 2016 with his much anticipated follow up album ‘Inspiration’ . ‘Inspiration’ picks up where ‘Take This Hammer’ left off and as with it’s predecessor, offers listeners an indelible collection of heartfelt, rootsy tunes anchored by a pitch-perfect tenor delivery and incomparable musicianship. His biggest asset has always been versatility and he has implemented this feature prominently on these self-produced albums, blending elements of Jazz, Blues, Pop and Folk. Kim has performed his music with Symphony Nova Scotia, has received national exposure on CBC’s Canada Live, and featured regionally on Atlantic Airwaves & All The Best. He has successfully showcased at the East Coast Music Awards, Nova Scotia Music Week, and notably, the premium artist/buyers conference Contact East. Kim has also performed his music at various music festivals and other events throughout the country and abroad. Most recently Kim produced two brand new songs, including the title track for Laura Smith's As Long As I'm Dreaming cd, a best of compilation project that has garnered Laura a nomination for Canadian Folk Artist of the year. Personal highlights include having had the chance to meet and work with Alison Krauss, Peter Gzowski, Philip Glass, and performing at the Montreal Jazz Festival. Kim has travelled and performed in the United States, Holland, Germany, Switzerland, and has toured extensively throughout Canada. His immediate plans for the future involve doing more shows of his own, but plans to remain actively involved and busy with his other musical ties as well.