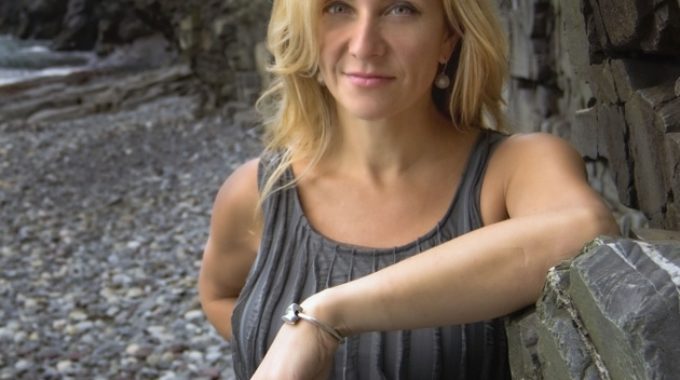 Kim Stockwood - Back to the Water
BUY MUSIC

Kim Stockwood is an accomplished artist who has been in the public eye for more than a decade. Her versatility and talent make her a highly sought-after entertainer, performer, writer, and host.

Kim’s latest recording, Back to the Water, won the 2012 ECMA Award for Roots/Traditional Recording of the Year. A tribute to her homeland of Newfoundland, the release of Back to the Water coincided with a CMT special and created a strong demand for Kim’s live show across the country in theatres and at festivals.

Kim has released two solo pop records, two records with trio Shaye, a solo Christmas recording, I Love Santa, and Back to the Water. She has performed on tour with the likes of Willie Nelson and on television in a four-part reality series with Shaye. She has an impressive musical track record with smash hits like "Jerk", "12 Years Old", and "Happy Baby". Irresistible live and on camera, Kim performs with effortless ease on television, on the concert stage, and on record.

Kim's career as an entertainer was off and running when she was asked to host the Q-93 Morning Show in her hometown of St. John's, Newfoundland. From there she moved to Toronto to begin her career as a singer and songwriter, where her vivacious personality, quick wit, and down to earth attitude immediately resulted in opportunities to guest host several radio and television programs. These included Canada AM, repeated appearances as a host on the CHUM FM morning show, and Entertainment Tonight. It wasn't long before Kim was also embraced as a host for prestigious events and fundraisers. She has twice hosted Saturday Night at the Junos, has appeared as host for the CTV Junos Red Carpet, the Canadian Radio Music Awards, and the East Coast Music Awards. She did an 18 month stint as a full time radio host with Toronto based EZ Rock and co-hosted “Junos on George” for the 2010 Juno broadcast. Always in demand, Kim has entertained from Victoria to St. John's, on television, on radio, and in person.

Equally as busy on the home front, Kim is the mother of two young boys and remains active in her community by supporting a number of causes close to her heart including the World Wildlife Foundation, organ donation, and AIDS charities. Kim is also an inaugural member of the Sickkids Constellation and a member of the Ambassador Program of Newfoundland and Labrador. A great believer in lifelong learning, she has a Bachelor of Arts Degree (English/Sociology) and continues to hone her craft with courses in acting and comedy (Second City, Equity Showcase, Jacqueline Mclintock, Ian Ferguson).

Kim is also a book clubber, a news junkie, and a proud Newfoundlander!