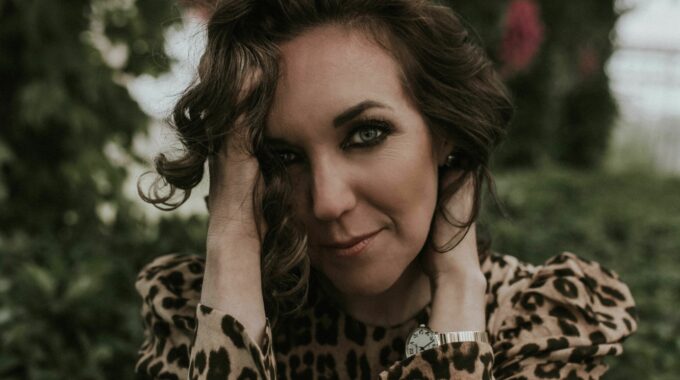 KINLEY is a talented vocalist and multi-instrumentalist from Charlottetown, Prince Edward Island. KINLEY was a member of Newfoundland’s indie ensemble Hey Rosetta! for ten years. She now focuses on songwriting and recording. KINLEY, her second solo album, was released in February 2020. Her first solo debut album, Letters Never Sent, was released in October 2016. She describes her music as "tropically tinged indie-pop".

Along with winning the 2021 Music PEI Digital Achievement award, her "Run With You" video, from the KINLEY album, won the Video of the Year award. Previous ECMA awards include Recording of the Year and Fans' Choice Video awards in 2018.For over a decade, KINLEY has appeared with the likes of Jenn Grant, In - Flight Safety, Rose Cousins as well as loaning her talents to Classic Albums Live and Anne and Gilbert; The Musical. Her career has also seen multiple appearances with Grammy-winning artist Anne Murray. She has recorded over 450 tracks on other artists’ albums.

As a member of Hey Rosetta!, Kinley has toured Australia, USA, Canada and Europe multiple times, appearing at festivals such as Lollapalooza, Bonnaroo, Ottawa Bluesfest, and Mumford and Sons Gentlemen of the Road tour. KINLEY is excited about her new love of songwriting. She received 3 Music PEI awards including SOCAN's songwriter of the year for her song 'Microphone'. The album received national exposure on CBC's Q, Global News National and the Canadian Press. KINLEY is very interested in the friendship of music and film. She is excited to continue writing as well as collaborate with other artists. Her hobbies include biking, daydreaming and snacking...and hustlin'.