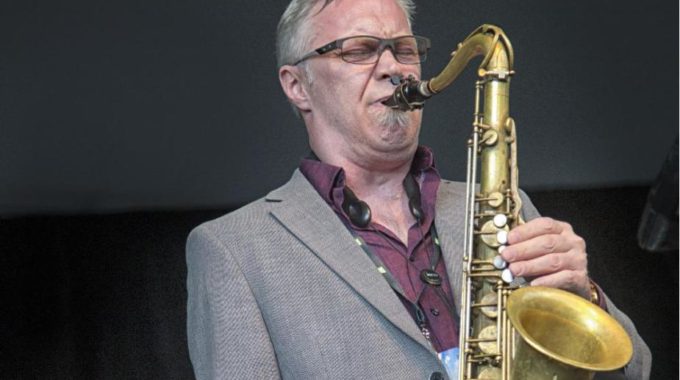 With an established reputation as one of Canada’s leading saxophonists, Kirk MacDonald cut his first record at the age of thirteen. Throughout his career, he has received numerous awards, and has worked with many leading musicians in a variety of musical genres. He has performed on over 45 CDs as both leader and sideman, and has participated in numerous national broadcast recordings for CBC Radio. In addition to performing extensively throughout Canada, he has also performed in the USA, Spain, France, Italy, Holland, Monaco, Australia, Korea, Bermuda, and the Bahamas.

Over 90 performances of his compositions appear on 22 CDs, both as leader on his own recordings as well as on recordings by other artists. Kirk’s most recent activities include the release of Family Suite (2008), an 11 part suite for jazz quartet on Romhog Records, and Songbook Vol. I (2009) – a collection of his compositions for jazz quartet, on ADDO Jazz Records, with Songbook Vol. II (2010). Kirk also leads the Kirk MacDonald Jazz Orchestra (KMJO), a 19-piece all-star ensemble dedicated to performing his original compositions and featuring arrangements by leading Canadian and U.S. Writers. The KMJO released its debut recording Deep Shadows in March 2011. Kirk has just finished his tenth recording as leader with the KMJO – a re-working of “Family Suite” for jazz orchestra.

Kirk has been active as an educator for 27 years at leading jazz studies programs such as at the University of Toronto and McGill University. Kirk is presently a full time professor at Humber College in Toronto, where he holds a cross appointment in the Music Degree Program and the Community Music School. Kirk also acts as the Artistic Director for the “Youth Jazz in the City” project and directs the “Greater Toronto Area Honour Combos” and the “National Youth Honour Combo”. This project also hosts a 2 week workshop in the summer for high school students ages 14 to 18 in Toronto.

As Leader or Soloist