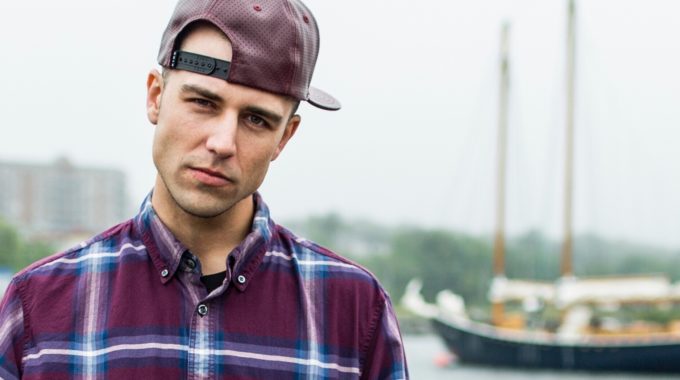 Kyle David Douglas Andrea was born in Halifax, Nova Scotia on May 27th 1990 to Donald and Dale Andrea; and he has an older brother named Christopher.

Kyle knew from an early age that he enjoyed music. When he was 5 years old he developed an interest in percussion and asked for his first drum set. As he grew older, music was always part of his life; whether it'd be listening to it, or creating it himself. By the time Kyle was 10 years old he realized that he could take percussion further and started tinkering with beats on his computer, mixing different sounds, instruments, and effects to see what he could create. By age 13 this hobby turned into something bigger - it wasn't just for fun anymore, it was a lifestyle.

In 2005, he decided it was time to step up his game, and he started writing rhymes. It began as a way to vent his thoughts and frustrations, but led to recording his rhymes over his home-made beats. Entirely self-taught, there were mistakes, but they were all learning experiences and opportunities to improve.

Once he'd honed his craft, he started releasing his music under the name "Scrimige". A scrimmage is a confused struggle or fight, a play in football, and a word that he tagged buildings with as a kid. When it came time to pick a name, he thought about all of the struggles and fights he had been through growing up and the name Scrimige was a perfect fit. He also thinks of his music as a scrimmage, somewhere on the line between offensive & defensive. Now that he had a name, he started to release CDs to family and friends. Wanting it to look official, he had pictures taken and created a label called Midtown Productions, named after his hometown of Middle Sackville, NS.

On May 6th, 2008, Kyle and his father officially registered the name Midtown Productions as equal partners. Midtown Productions started as a label for the release of his own music; but it has grown to be so much more. He helps other local artists record, release, and promote their music, and has expanded to include video production for himself, and for Canadian hip hop legends Fortunato and Ghettosocks.

Since Kyle's first performance in 2006 at the Greenwich Fire Hall he has gone on to play bars, clubs, and stadiums. In 2016, Scrimige toured the East Coast with Fortunato, a spot which lead to performing at the East Coast Music Awards (ECMA) in 2016 in Sydney, NS with Fortunato, Metaphyzik & B-Boy Faith. His performance made a strong impression and earned him an offer to perform at the 2017 ECMA's in Saint John, NB.

There are no signs of slowing for Scrimige. He is a determined artist on the path to success!