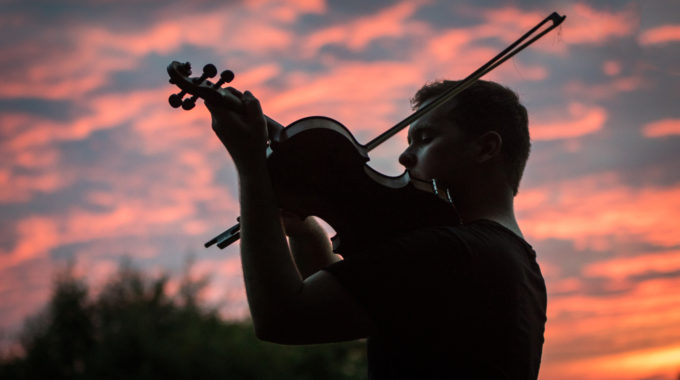 Kyle MacDonald has combined traditional Gaelic style fiddle music with modern accompaniment, innovative studio recording techniques, and raw live performances. Kyle is a lifer in the fiddle music culture of northern Nova Scotia and understands that this music is rooted in the Gaelic language.

This debut is the recipient of the Big Sampie Award presented by Celtic Colours International Festival - Festival Drivers Association.

Recorded by Mike Sheppy Shephard at Lakewind Sound Studios, it has recently been nominated for a Music Nova Scotia Award.

In the studio Kyle used a range of techniques to differentiate the way the violin sounds. He played three different violins, used a '68 Twin Reverb and a vintage DiArmond violin pick-up selectively, as well as a non padded booth. Kyle is influenced by the sounds of live recordings, raw house tapes, and the fiddling that has been passed down and played by Gaelic speakers primarily on the West side of Cape Breton Island. His attack his intentionally edgy when he wants it to be. While mixing, he and Mike styled the recordings so that the fiddle would "sound like it is being played". Howie MacDonald, legendary Cape Breton fiddler/piano player/composer, was the perfect studio teammate for Kyle. He tackles difficult pieces of music with expertise and always features the fiddle.

During the live recordings, you hear a family of musicians settling into a dance. Kyle's two brothers Colin K. and Keith play piano and highland pipes while their father Colin H. plays guitar. Playing dances is a right of passage for Gaelic style musicians.

Since June 2017, Kyle has performed at the Celtic Colours International Festival, The Green Bridge Music Festival in Lakefeild Ontario, (organized by Natalie MacMaster and Donnell Leahy), The Broad Cove Concert, The Antigonish Highland Games, and the opening of the Halifax Trade and Convention Centre. He has continued to be a regular instructor at Colaisde na Gaidhlig - The Gaelic College, and has played at dances like the one featured on this album. Tracks from the album have been aired on CBC Radio, The Coast, CIGO, CJFX, and CKJM radio stations. Kyle has been accepted as a "Breakout Artist" in 2017 and took part in the ECMA's breakout artist mentorship program with Shauna Walters (Celtic Colours International Festival). While in St. John NB, Kyle showcased on the Roots Stage and the Break-Out Stage. He has since been nominated for a Music Nova Scotia Award as Traditional/Roots artist of the year.