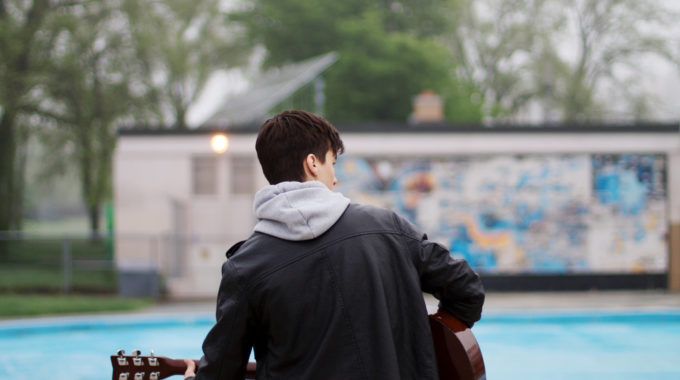 In July 2014, Kyle Mischiek released summertime anthem “Mine For The Summertime”, his first single since his 2013 EP Fallin’ In Deep. This song went on to reach number one on the East Coast Countdown in August 2014. The track was produced by 36Brickhouse producer Corey Lerue (Waka Flaka Flame) – who is also featured in the outstanding accompanying video by Los Angeles-based director Tyler Ross of Our Dynasty Our Destiny.

At 16, Kyle was a fun-loving kid who entered a talent contest as a lark. Now 19, he has two studio EPs to his credit and has collaborated with the likes of Chris Noxx, Gordie Sampson, Matty Boh and Mo Kenney. No mean feat considering when he entered that contest, he did not play an instrument, had never written a word and hadn’t stepped foot on a stage.

Brought up in Cape Breton, Kyle moved himself to Halifax the year he turned 18. He’s been catching the attention of musicians, producers and industry ever since.

After finishing his last year of school in 2013, taking audio recording production, film, and video, Kyle graduated with a certificate in radio television broadcasting. But, it was music that consumed his every waking moment. Kyle was performing at any opportunity, and honing his stage skills, gaining confidence with every show.

With the help of his savings, which he earned from live shows, along with a music business grant, and a local investor, Kyle began to work on his first recording. Previous to his recent single was Fallin’ In Deep, a 7-song EP that offers a glimpse into where Kyle’s talent may take him. Released independently in July 2013, the EP was produced by ECMA award-winner Jamie Foulds at Soundpark Studios in Sydney, Cape Breton and features co-writes with Dylan Guthro and Breagh Mackinnon, along with some high-energy club beats by Halifax artist Matty Boh.

Each of the first two singles (“Somethin’ Bout Summertime” and “You”) also hit number one on the East Coast Countdown, helping Kyle attract a broader audience. Kyle’s music has resonated primarily with an audience of teenage girls ages 12-17, who have idolized him and shown incredible acts of fandom – from dubbing themselves “The Mischicks”, to following him around the province to attend shows – proving that Kyle’s charisma and personality can turn listeners into “super-fans”.

Kyle Mischiek may be just beginning to explore his future in music but one thing is for certain, it is a future destined for success.