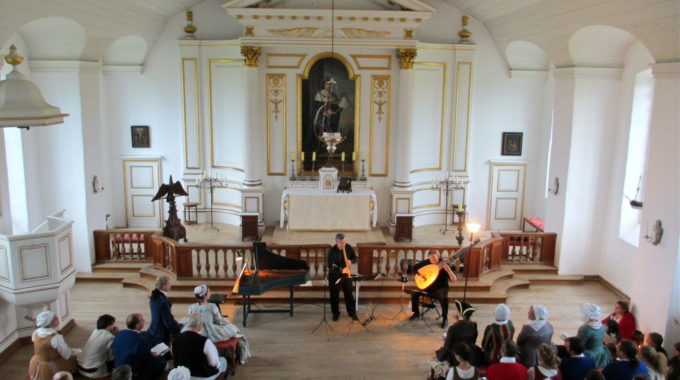 Formed in 2009, the La Tour Baroque Duo has performed throughout eastern Canada as well as in Europe and the USA, receiving accolades such as “exquisitely played” and “spellbinding” from critics and audiences alike. Their four CDs Les caractères de la danse (2011), The Last Time I Came O’er the Moor (2012), Music at the Time of Louisbourg (2013) and Something Choice and Excellent (2015) have all been acclaimed by critics in the USA and Europe, and the first three were nominated for ECMA awards. The Duo has presented programs at the Sackville Early Music Festival, the Northwest Territories International Lute Festival, the Saint John Early Music Festival, the Lamèque International Festival of Baroque Music and in major centres in Canada and abroad such as Toronto, Montreal, Ottawa, Paris, London and New York. In 2013 the Duo were Musician-in-Residence at the Fortress of Louisbourg as part of Louisbourg’s 300th anniversary. The La Tour Baroque Duo has become known for its engaging and relaxed style of presentation in both the English and French languages.

For individual biographies of Tim Blackmore and Michel Cardin search the ECMA membership list under their names. For more information visit www.latourduo.com