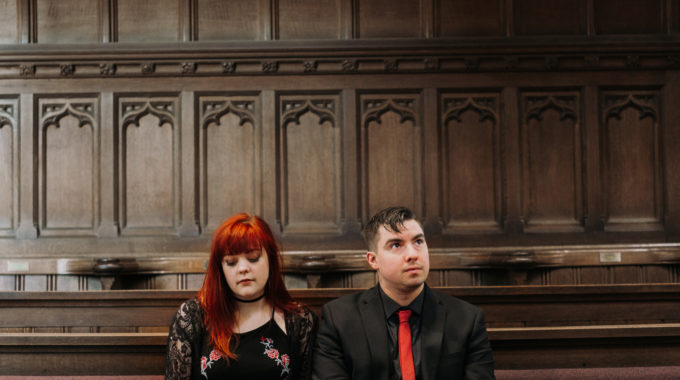 Saint Scarlett is the culmination of songstress Lauren Eddy and hard rocker Derek Graham. Taking roots from writer focused folk and the heavy sounds of rock the pair created Saint Scarlett to bring this vision to fruition.

Behind an evocative layer of poetry hides the subtle core of rock and roll. Saint Scarlett’s debut release punches hard onto the scene. Bursting from the far eastern corner of Canada’s Newfoundland and Labrador, Saint Scarlett is defining what rock music is at the turn of the decade. The self titled EP was meticulously produced by Daniel Adams (Lions Den), mixed by Scott Hammond (Blue Room) and Mastered by Troy Glessner (Spectre Studios). Featuring some of the provinces finest musicians its time to heave away for this eastern rock troupe.