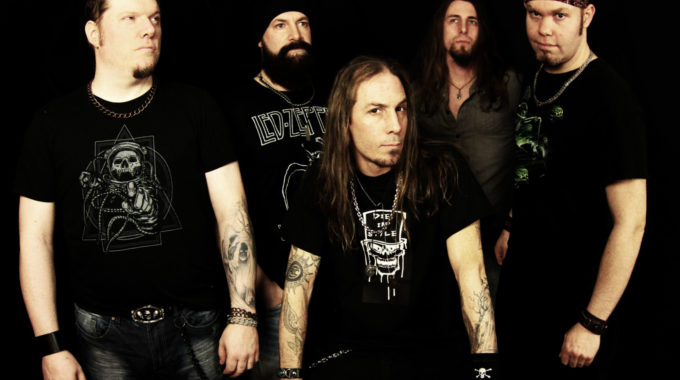 In spring of 2016, Lex Coulstring (Guitar, Synth, Vocals) made the most important decision of his music career in walking away from an established Canadian band in order to stay true to his vision for sound and start anew. After searching for extreme talent throughout the music-scene, skillful players were brought onboard to create a powerful blend of Heavy Rock, Alt Metal & Synthwave; Lex was joined by Marcel McNeil (Vocals), Scott McKenzie (Guitar), Ben Zavitz (Bass, Vocals) and Kyle Zavitz (Drums).

Together, unified as a five-piece based-out of Halifax, Nova Scotia – Monsters Are Human are determined and ready to make a massive impact in music this year. Seizing the inspiration of their instant chemistry and creating, jamming & writing bold new cuts that wickedly blend the haunting, heavy & melodic as one; Monsters Are Human are already taking over the studio and recording their debut record. With singles being released online and live-shows happening – the gripping sound of Monsters Are Human is set to rip the modern-day mainstream apart and unleash a beastly new approach to music that hits the mark on every level. You’ve been warned.