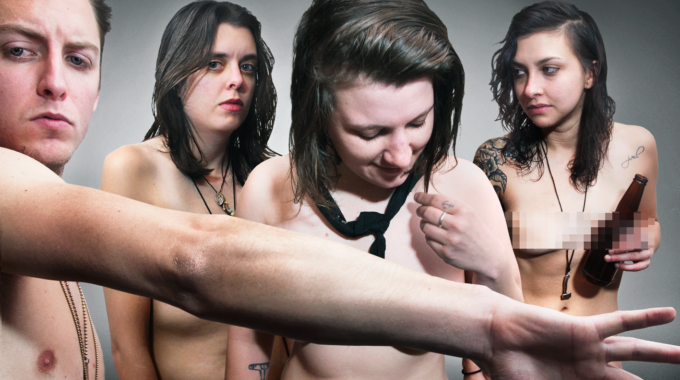 With a view to kicking the hell out of any audience in their path, Like A Motorcycle quickly began playing shows in the Halifax area. They have spent the better part of the last five years cultivating a sound and reputation that has captured attention from audiences and industry alike.  Their music is authentic extension of their personalities, something born of "real life," bassist Carson says.

LAM has played as direct support for such acts as Against Me!, Propagandhi, METZ, The Vibrators, Japandroids, The Pack A.D. and Danko Jones, to name a few.

On the heels of a successful campaign supporting their EP #motorpool, which culminated with a 2014 Nova Scotia Music Award for Best Loud Recording, the band posted up at Sydney NS’s Soundpark Studios in early 2015 to track their follow-up full-length effort, High Hopes.

Recorded under the watchful eye of producers Albert Lionais and Jamie Foulds, High Hopes will prove to be a definitive mile-marker in Like A Motorcycle’s unfolding career. The album perfectly underscores the collective will of a close-knit unit who has run through proverbial brick walls together, and is an evolution of the raw, melodic sensibilities that have become the band’s foundation.

Having recently teamed up with respected Halifax management company/label GroundSwell Music, High Hopes hit the international stage on September 2, 2016. This partnership will see Like A Motorcycle come-of-age with ventures deeper into North America and Europe in support of High Hopes, discovering new stages to burn down and new asses to kick.