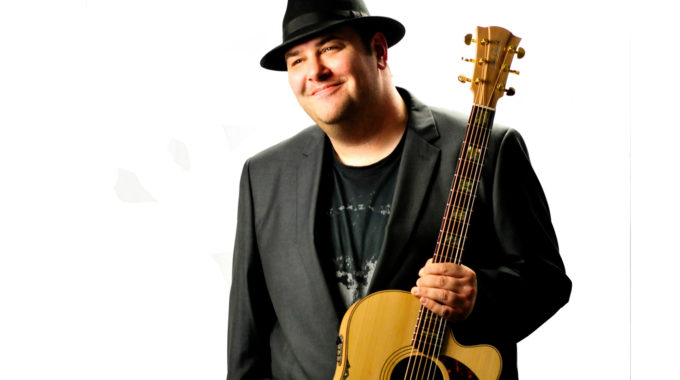 Spiegel deconstructs how the blues guitar is supposed to operate, makes sweet love to it, then kicks it out the back door.”
-Australian Guitar Magazine

With 8 albums, a swag of accolades to his name and 25 years performing, writing and recording, Lloyd Spiegel has certainly squeezed more into 35 years than many do in a lifetime. It’s that unique experience combined with a relentless touring schedule and stage presence well beyond his years that has seen him become a driving force in Australian blues and one of most respected guitarists in the country, recently being named in Australian Guitar Magazine’s list of the 50 top Australian guitarists of all time.

Lloyd’s most recent project is a live anthology recorded over two sell out concerts at the world famous Spiegeltent that act as a celebration of a quarter of a century on stage.

Spiegel’s unique history, command of his instrument and powerful stage persona puts him at the cutting edge of Australian Blues, re-inventing the style for the masses and opening new doors for Australian blues artists while maintaining a close relationship with the foundations and traditions of the blues.

Since 2004, Lloyd has been the world-wide demonstrator and premier endorsee for Cole Clark Guitars. Now a world famous Australian brand, Cole Clark design and build their instruments with Lloyd’s hard hitting style in mind and as a result he has been invited to perform at countless major guitar events and has been honoured with 2 signature model guitars, currently available in stores world-wide.

Since age 13, Spiegel has toured the globe with frequent visits to Europe, New Zealand and the United States where he has performed at major festivals and iconic Juke Joints as well as supporting the likes of Ray Charles, Bob Dylan and Etta James on tour. He has sat with the founding fathers of modern blues from Brownie McGhee to Luther Allison and more recently, found great success in Japan, performing sold out concerts at Tokyo Disneyland.

Growing up in the music business, naturally Lloyd is passionate about promoting the blues scene and mentoring the next generation. He has taken countless young artists under his wing who have since become multi-award winning performers in their own right and he has been an advocate for blues in Australia, chosen as the ambassador to the Australian Blues Music festival from 2005-2008 as well as ambassador to ‘youth in blues’.

• Lloyd has travelled all over the world, including frequent tours to Germany, Italy, Japan, and the US playing some of the world’s best known Blues venues and festivals.