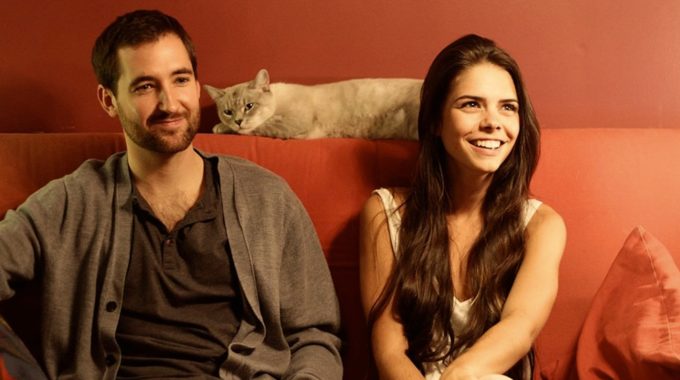 Magnolia bursts on the scene in full bloom, and entices states of longing, and desire. The duo, Leanne Hoffman and Scott MacLean, have a penchant for sultry romanticism, blending jazz, blues, and folk.

Based in Halifax, Magnolia blossoms with their debut self-titled EP, produced by Erin Costelo, the first release since her Nova Scotia Music Week 2013 producer of the year nomination. Costelo recognized a sonic chemistry.

“Erin is a professional, positive and creative presence in the studio,” says MacLean. “She focused mainly on the live performance of the songs, avoiding a lot of editing in the end. Erin has this amazing ability to hear potential in the songs right away.”

“It was a beautiful spot, with a waterfall on the property – cows, deer, and so much open space. The process was so comfortable and all about the genuine performance of each song, which made it seem less nerve wracking, and more fun.”

With songs like “Anyone’s Neighbour,” a cautionary tale with a jazzy flair, “Cold Dry Hands,” a smooth sultry number, “Honey Please,” a gorgeous duet between Hoffman and MacLean about loss. “Time Will Tell,” charts love’s unpredictable nature. “Wandering,” wades of the mercurial waters of longing and wonder. “The Thought of Love,” questions the heart’s purpose.

“It’s a personal reflection on love and relationships. It’s talking about feeling as though the thought of love can be more exhausting than love itself.”