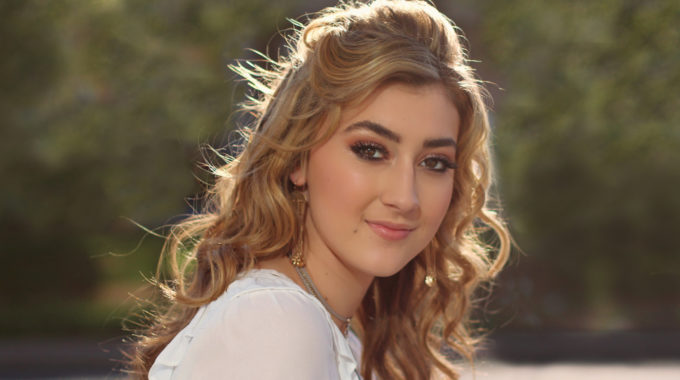 "Lynn isn't old school, but she's not new wave either, - Leave it to a teenager to find a sweet spot in the middle.” - ROLLING STONE MAGAZINE

Named “One to Watch” by Rolling Stone Magazine and recently landing in the coveted #1 spot on CMT’s 12 Pack Countdown, Makayla Lynn is a fresh face in the industry with the vocals, songwriting ability and stage presence that many call unprecedented for her age. The 2018 Music Nova Scotia Entertainer of the Year, 2019 East Coast Music Awards Fan's Choice Video and 2018 Country Album winner AND the 2017 Music Nova Scotia Awards Country Recording winner, Makayla began piling up prestigious award nominations at just 12 years old and was recently named the youngest ECMA winner in the award’s 30 year history. At the prime age for social media, she boasts over 1 million video views from over 50,000 social media fans with the numbers climbing rapidly.

With the 2017 release of her Nashville recorded and produced album “On a Dare and a Prayer”, Makayla not only co-wrote 11 of the songs but also tried her hand in the production chair, sitting alongside of co-producer Smith Curry (musician for Taylor Swift, Kid Rock, Randy Travis and many others). The FACTOR funded album was recorded at Reba McEntire’s Starstruck Studios and featured award winning A-list studio musicians. “On a Dare and a Prayer” was a follow up album to Lynn’s first Nashville album “Daydream” that she wrote and recorded at just 12 years old.

"Lynn, 16, quickly proved age is just a number as she held the audience in her hand” - TASTE OF COUNTRY MAGAZINE

Makayla began performing at major music festivals at just 8 years old and has been fronting her own band since 12. The past 10 years have found Lynn performing alongside of many of country music's biggest icons. She has been fortunate enough to spend time and share stages with names like Keith Urban, Carrie Underwood, Eric Church, Kenny Chesney and countless others in front of crowds as large as 30,000. From large country music festivals to intimate venues such as the Bluebird Cafe, she has been fortunate enough to become a regular in songwriter’s circles around Nashville with the likes of Gordie Sampson (Jesus Take the Wheel, Storm Warning, God Your Mama and Me), Deric Ruttan (Mine Would Be You), Jim “Moose” Brown (5 O’Clock Somewhere), Lance Carpenter (Love Me Like You Mean It) and so many others who have taken the young artist under their wings. Industry icon Vince Gill recently invited Makayla on stage to sing a duet of “When You Say Nothing At All” to a standing ovation from a sold out crowd.

Graduating high school in 2018 with honours with distinction, Makayla was able to complete 3 years of courses in just two, making her the first student in the history of her school board to graduate a year early. She did all this while making regular songwriting trips to Nashville in preparation for a permanent move in the near future. Fortunate enough to mentored by some of the best in the industry, the young songwriter can often be found in writing rooms at some of the biggest publishing companies in music city and has a catalogue that reflects someone three times her age.

“I don’t know what the future will hold, but all I know is that if it keeps on going the way it has, I’ll never have to work a day in my life because music is my passion and anything you’re passionate about will never feel like work.” - Makayla Lynn