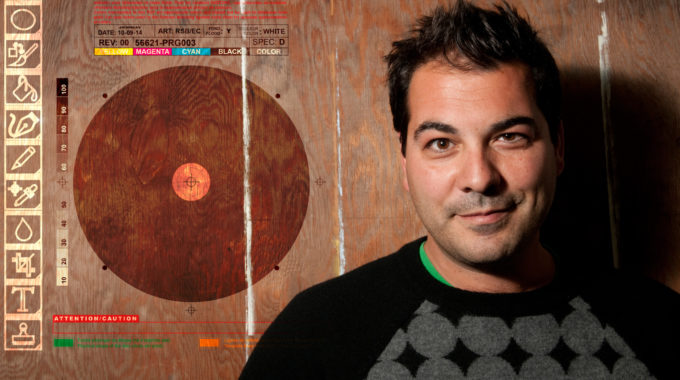 Mark Young is an artist / graphic designer living in Moncton, NB.
In 1995 he started drawing his 1st album covers by pencil and ink, using creative ways of printmaking to promote the alternative arts & culture scene for several bands and
numerous festivals.

He later obtained his diploma in Graphic design/Visual communications in 2000.
He has since worked and co-founded ELEPHANT DESIGN and MOUVEMENT multimedia. Mark was part of the artist studio La FACTRIE and now solely operates MANCHU Mark Young Design from the Aberdeen Cultural Center where he works full-time from his own studio.

He was also part of the 2008 Sackville ART SYMPOSIUM creating a public exhibit, and participated (2003) in the ROAD SIDE PROJECT for imago and Centre3 (Ontario).

A three time nominee from the Music NewBrunswick awards for Visual artist of the year (2010, 2011, 2012 &2015),he has designed the visual branding for MNB WEEK and MNB AWARDS.