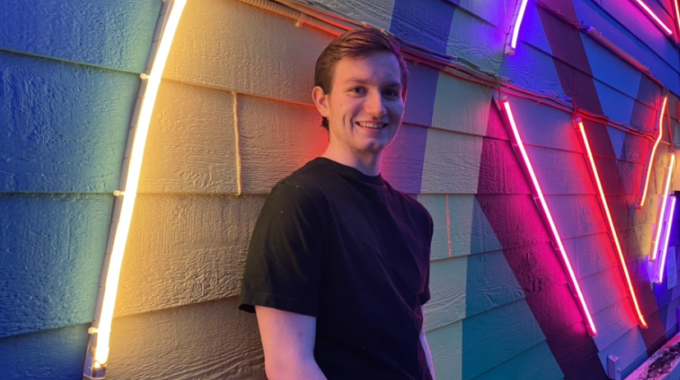 Born and raised in Dartmouth, Nova Scotia, 18 year old Canadian singer - songwriter Markus Ricks is one to watch out for in the world of pop music. Markus combines catchy pop melodies with vibrant undertones to create a sound that ranges from powerful and anthemic to deep and emotional. His captivating, soulful vocals blended with thoughtful and insightful lyrics will draw you into his songs, leaving you wanting you. From the young age of 7, Markus started singing in his local church choir, which allowed him to discover his voice and gain experience and confidence with performing in front of large audiences. At age 14, he started playing acoustic and electric guitar, and at 15, he began writing his own original music. Over the past couple of years, Markus has had the opportunity to perform at several major music venues and festivals across Nova Scotia, including the Trunk 7 Music Festival in Mosquodobit Harbour, Downtown Dartmouth Ice Festival, and frequent performances at the Eastern Nova Scotia Exhibition in Antigonish. 2022 is set to be a very exciting year for Markus, as he is set to release much more music, and put on many electric and riveting live performances and shows.