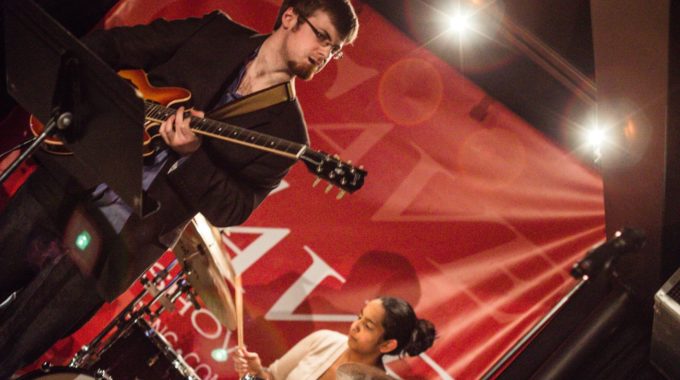 Matt MacDougall is a Canadian guitarist, composer and educator based out of Nashville, TN who, "...can play that thing to death." His versatility has allowed him to specialize in jazz and fusion, while actively pursuing genres such as country, rock, and Brazilian music.

His prolific abilities have led him to many great performance opportunities, such as playing on the Kennedy Center's Millennium Stage, the Monterey Next Generation Jazz Festival, and the Ottawa Jazz Festival. He has received many awards in recognition of his talents, including the Fred Sherratt Award for Excellence in Music and the Recording Arts and the Galaxy Rising Star Award.

In September of 2012, Matt released his debut album Familiar Faces which was nominated for Canada's East Coast Music Awards' Jazz Recording of the Year. His sophomore album Boy goes to City was released in the May of 2015, and features Nashville jazz veterans Jeff Coffin, saxophonist of the Dave Mathews Band and Roy Vogt, bassist and Belmont University professor. In the words of Audiophile Audition's John Sunier, "MacDougall’s debut, 2012’s Familiar Faces, came out when he was a student in Canada. It won accolades. But MacDougall’s second record shows him digging deeper and presenting a wider musical perspective."