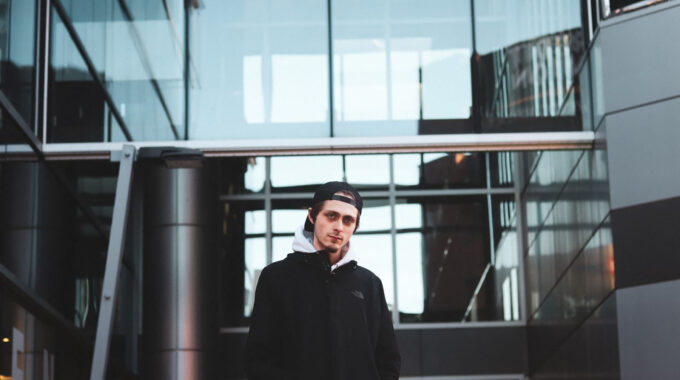 Matthew Small, also known as DatLankyMan, is a 21 year old artist, producer, and DJ originally from Clarke’s Beach, Newfoundland and Labrador. As well as producing for many artists locally, nationally, and internationally, DatLankyMan has produced his own whole discography, dating back as far as his first release in 2018. After moving to St. John’s and attending two years of the College of the North Atlantic’s Sound Recording and Production program, he has become a triple threat in the Newfoundland hip-hop scene. Since his first live performance at the Peace, Love, and Hip-Hop event in November of 2020 he has remained an active artist and producer, and has developed a reputation to watch out for. Following his first performance, and many in between, DatLankyMan made the impressive trek across Newfoundland and Labrador on the Second Dose tour in July of 2021, playing from St. John’s to Happy Valley-Goose Bay, with artists SyahThaGod, FranK, SashThaLady, and Gpie. This strong work ethic has earned him impressive collaborations internationally (42BlackTop (Russia), KidVibe (USA), nationally (@TheWillPike, Nova Scotia), and a large variety of artists locally (Gpie, LilPonyboy, Cheff, Nofty, Shiz Nasty etc.). Once getting a kickstart in Newfoundland’s hip-hop scene in November of 2020, DatLankyMan has made countless connections with other artists, producers, and DJ’s, has done a variety of shows, hip-hop performances and DJing, and has produced for an impressive collection of artists and groups. With 1 full length album, 3 EP’s, and 5 singles released on streaming services, appearing on more tracks as features than anyone can keep up with, producing for artists across the globe, and growing as a DJ, DatLankyMan is someone you’ll want to keep an eye on.