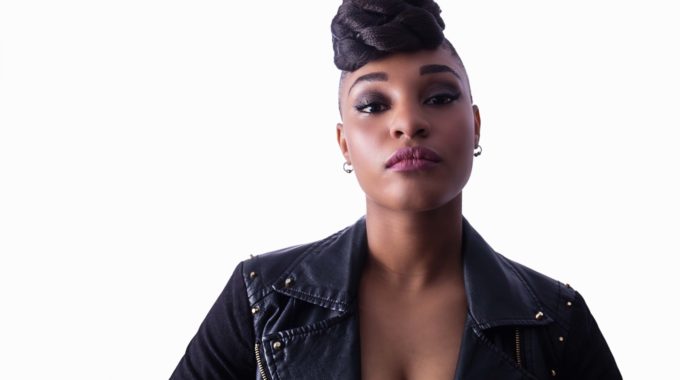 Reeny Smith is a powerhouse on the stage and in the studio. As a 25-year-old singer,
songwriter, musician, and producer, her age - and her modest disposition - may be deceiving.
That is about to change with the release of her soul-inspired, dance hit debut album, spring 2018.


Whether she is playing with a full band, as a trio with her backup singers or solo on the keys,
Reeny delivers magic every time, lighting up the room. Her extraordinary vocals, confident stage
presence, and energetic live show make for a truly unforgettable, entertaining experience.
Reeny has been building her audience from an early age. Her natural born talent was inspired
and nurtured by her family and friends growing up in North Preston, Nova Scotia. Both Reeny's
father and her grandfather are former members of one of Canada’s premier gospel bands and
her uncles in the Carson Downey Band are both highly esteemed musicians. In her youth,
Reeny was influenced by singing and playing piano in church choirs, leading her to pursue her
passion for music even further. In 2015, she enrolled in the prestigious Music Arts program at
St. FX University, majoring in jazz vocals, and released her first EP, I Am Reeny.


Reeny has captured much attention and high praise from within the music industry, having an
already long list of awards and accolades to her credit. She was first recognized in 2011 with
the Portia White Award for Excellence in Vocal Performance, along with a scholarship from the
Nova Scotia Talent Trust for her outstanding musical attributes. Reeny was selected as Casino
Nova Scotia's Artist In Residence in 2015 and attended the Gordie Sampson Songcamp the
same year. Reeny has received three African Nova Scotia Music Awards for Up and Coming
Artist (2011), Rising Star (2012), and Artist of the Year (2015). In 2017 and 2016, she won
Music Nova Scotia’s African Canadian Artist of the Year award.


Highlights from her past performances are a testament to her range of musicality and creativity.
Reeny performed with classical conductor, composer and pianist Dinuk Wijeratne to a sold-out
crowd at the Prismatic International Festival in Halifax, and sang for the Lieutenant Governor of
Nova Scotia at his induction ceremony at Province House. She has opened for Grammy
award-winner Lisa Fischer and Anderson Paak at the Halifax Jazz Festival, and represented
Nova Scotia in the Canada Winter Games National Artist Performing program. Festival plays at
the Honeyjam Concert at the Mod Club in Toronto, Riverfront Jubilee and Halifax Pop Explosion in Nova Scotia, and the PEI Jazz and Blues Festival have helped accelerate her rising career.


With the upcoming release of her first single “Good Girl Swag” in February 2018, and her first
full-length album to follow, Reeny is poised and ready to take her career to the next level.
Looking back on her successes and forward on what’s to come, it’s exciting to think for Reeny,
this is only the beginning.