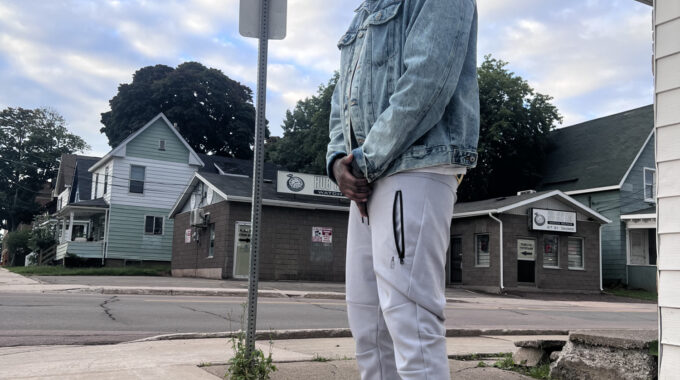 Foxx a 2022 MNB Nominee for Breakthrough Artist of the Year & Song of the Year. Having opened and toured with names like Wiz Khalifa, Cali Swag District, and Lloyd Banks, it's Foxx's time in the limelight. Formally known as Michael J Foxx, this New York-based (now living in Canada) rapper is a force to be reckoned with. Foxx has been an artist and song writer for over 15 years with an audio engineering background from NYU. He graduated with honours and went on to obtain his Bachelor’s Degree for audio recording & production. Ranging in many genres and styles of music - but still rooted in hip hop, he has released several bodies of work including seven albums, multiple mixtapes, numerous collaborations, and features. Foxx is also the founder of Moncton, New Brunswick-based indie label Just One Mic Recordings Inc. since 2019. From KaziMagazine.com - “Foxx is crowned the artist to watch of 2022”, with over 200 QUALITY tracks recorded and over 65 HD music videos released, Foxx’s ability to cater to everyone while still being a true hip-hop artist is rare. His modern music, deep-meaning lyrics, clever word play, he definitely guarantees head-bobbing moments. Having recently performed at Summer Soulsa, an Afro- Caribbean-Latin music festival in Fredericton, New Brunswick he stole the show and showed the crowd that it's still possible for the future of hip-hop.