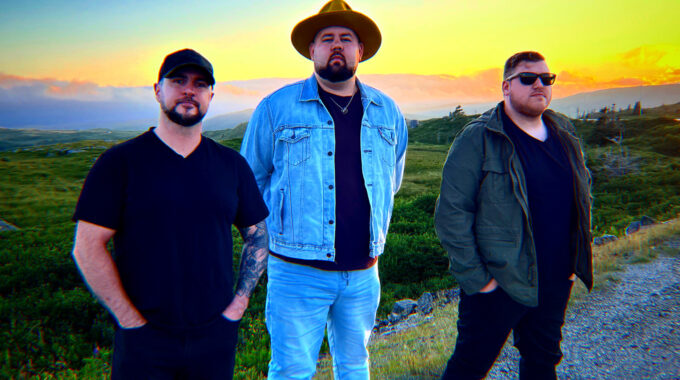 The East Coast’s very own country band mixes the sound of Eagles-like harmonies and Jason Aldean style rock guitars with a soulful rhythm section, creating the trifecta that is Farewell Town.

Michael Lloyd, Shaky White and Jordan LeBlanc all hail from small towns on the east coast of Canada. They respectfully said “farewell” to their small towns and grouped in the city of Halifax to further their music careers. The members of Farewell Town backed emerging local country artists and nationally-known artists such as Chris Buck, JoJo Mason, Aaron Pritchett, Andy Bast and Ben Chase.

Since then, the session musicians have combined their uplifting talent and passion for music to form the power-house group, Farewell Town. The band was formed in early 2020 in Halifax, Nova Scotia however due to the rise of the global pandemic, the band did not get to start off the way most bands get to move into the scene. After a year of writing, recording and working on songs, they first released their single “Let’s Be Crazy” in April 2021 which would then be featured on their debut four track EP that was released in October 2021. In 2022, the band will be releasing 3 new singles to radio and all streaming platforms.