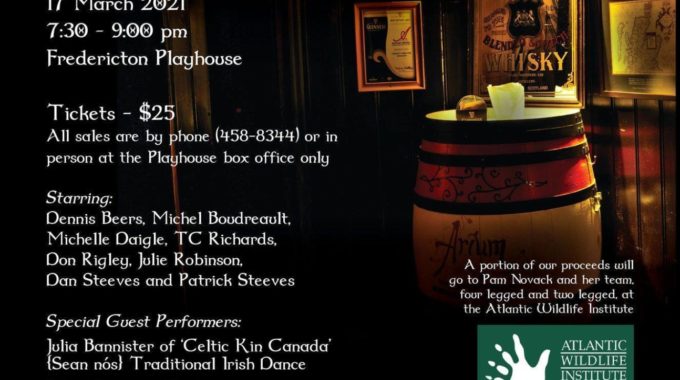 We have entered the CBC Searchlight Competition and round 1 has begun! (Feb 5 – Feb 14) You can cast your vote once per day by following this link www.cbcmusicsearchlight.ca

To vote just go to “Artist Entries.” Our artist entry is Frantically Atlantic and our song is “SHADOW OF OLD MONTREAL” We hope you like our song! Kudos to all of the artists!

Links to our online material:

We have a broad repertoire of East Coast style / Folk / Celtic / Light Classical and Acadian tunes and songs – traditional and original.

As touring musicians we have performed and conducted workshops at various festivals and events toting fiddle, hammered dulcimer, Irish bouzouki, bodhran, tin whistles, guitar and spoons with the occasional cuatro, accordion and banjo.

In our combined history we have performed in the Maritimes, Newfoundland, Quebec, Ontario, New England and Ireland.

We are honoured to be nominated for the 2018 Music NB Awards in the category of traditional/roots artist of the year ||| artiste traditionnel/roots de l’année presented by | présenté par Salty Towers.

Our album “Frantically Atlantic” was on the “Top 60 Albums of Atlantic Canada List” through East Coast Rising, CIOE 97.5 FM.

“The duo Frantically Atlantic has turned to performing full time to share their love of Celtic music. Now, they've released a digital album.”

“Don Rigley and Michelle Daigle are launching their new self-titled album, Frantically Atlantic, at the Bordertown Festival in Sackville this week. They also just returned from Maine, after being invited to perform there because they sang about ... dulse.”

Our original songs, “If The Tide’s Right” and “Lumpy Got Tight” are featured on “Songs of the Fundy Trail” CD compilation.

Ambient Music: Ideal for receptions, gala events, gallery openings, pre-dinner entertainment, with dinner music, during a meal course or between courses. Set the tone of your event as your guests mingle with slow, medium and up-beat tempos with traditional Maritime folk and light classical pieces.

Interactive Maritime Kitchen Party: Frantically Atlantic provides interactive entertainment including: greeting and mingling with guests, lobster eating lessons, sing-a-longs, instruction in playing the spoons and bodhrans topped up with Maritime music, humour, and traditional barn dances. The perfect way to "Show off our Maritime Culture" to folks from away!

Wedding Ceremonies and Receptions: Frantically Atlantic understands the importance of having the "big day" flow seamlessly without a hiccup! We work closely with the happy couple to make that happen. From Pachelbel to Turlough O'Carolan and There Is Love to your favourite selections, we provide the perfect music for all aspects of the “Big Day”. Let us entertain your guests during your photo shoot.