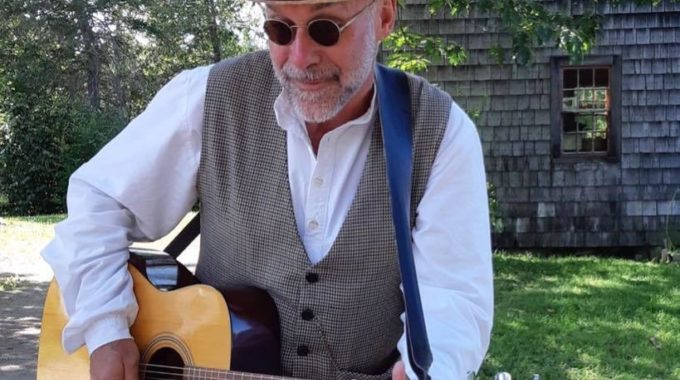 An extraordinary entertainer and musician, Mike Bravener is a man of many talents. From his recent portrayal of 19th Century Abe Munn at Kings Landing, to his establishment of the wildly successful Fredericton Pub Choir, and release of his 4th album, “Depends upon the Pay,” Mike has worn many hats during his musical career.
In 2008, he produced and performed three shows of Elvis Presley’s iconic ‘68 Comeback Special with Rock n Roll Hall Of Fame member and Elvis' drummer D.J. Fontana. In 2009 Mike also won the Myspace Elvis Tribute Artist Contest and was also selected that year as one of Elvis Presley Enterprises top 20 artists.
He received a $6000.00 grant from Music New Brunswick to record “Depends upon the Pay” which was released in July 2020. Mike is also a recipient of the inaugural Terry Connor Exceptional Creativity award from Kings Landing, awarded August 28, 2020. The album "Depends Upon The Pay" features some of New Brunswick's finest musicians and is available now on all digital platforms as well as on CD and Vinyl!