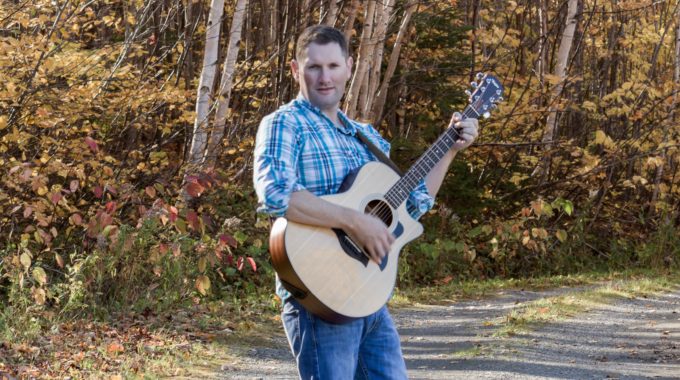 Mike Tremblett is a Singer-Songwriter telling stories with sincerity through his honest words and heartfelt music. Originally from Newfoundland and now hailing from Northern New Brunswick, Mike brings a world of influences to his music from Classical to Rock, Jazz to Blues, all mixed with his East Coast roots.

Starting his career as a professional tuba player and freelance bassist, Mike has had experience playing in Symphony Orchestras, Brass Quintets and in Celtic, Rock, Country, Jazz and Blues Bands. He started his journey as a solo singer-songwriter in early 2011 while still a working sideman, most recently as bassist for Newfoundland Country artist Dave Thomson.

Mike's latest EP 'It's About Time' was released in January and has earned East Coast airplay. Produced by Dean Stairs at Newfoundland’s renowned Citadel House studios, the 6 song EP features musicians from New Brunswick and Newfoundland and is the follow up to his 2013 debut release 'Exile'

You can find Mike Tremblett at home with his wife and kids in Northern New Brunswick, teaching Music at Dalhousie Regional High School, and more and more often on the road singing, playing, writing, performing and sharing his love of music.